The Funcinpec Party held a rally in Prey Veng province yesterday, when it closed the door to Prince Norodom Ranariddh taking part in campaigning as he remains in hospital in Thailand recovering from a car crash.

About 4,000 members and supporters gathered in Kampong Trabek district with 100 vehicles including motorbikes.

Party vice-president You Hockry, who is a lawmaker candidate in the province, told supporters about the health of Prince Ranariddh, who was injured in a vehicle accident on June 17 in which his wife Ouk Phalla died.

“Prince Norodom Ranariddh is staying in the hospital in Bangkok,” he said, adding that he was in good health.

Mr Hockry said he appreciated the work of members and activists who have done their best to attract voters.

He said Funcinpec’s policy was to reduce poverty and unemployment and to make the courts independent. 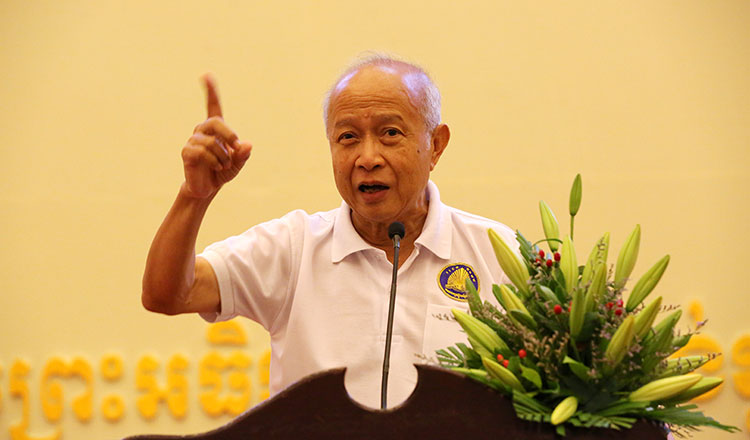 “The people in Prey Veng recognised the achievements of Prince Ranariddh when he was prime minister which (first) created economic growth,” Mr Hockry said.

The election campaign period ends today, when Funcinpec will hold a big rally in Phnom Penh.

“During our campaigns across the Kingdom, we noted that there is increasing support everywhere, so we hope we will be victorious on July 29,” Mr Hockry said.

Mr Hockry also said that Funcinpec distributed leaflets and visited voters at the local areas while they targeted all royalists and former CNRP supporters who had voted for his party.

Asked what effect Prince Ranariddh’s absence had, Mr Hockry said it would not seriously effect the popularity of the party. He expected that his party would receive seats in the National Assembly.

Mr Hockry said villagers in Prey Veng wanted a new government to resolve problems about rice prices, loans and free health insurance, all of which Funcinpec would do if it won the election.