According to the authorities, six villages were swept away, 1,370 households were affected, rendering 6,630 people homeless. 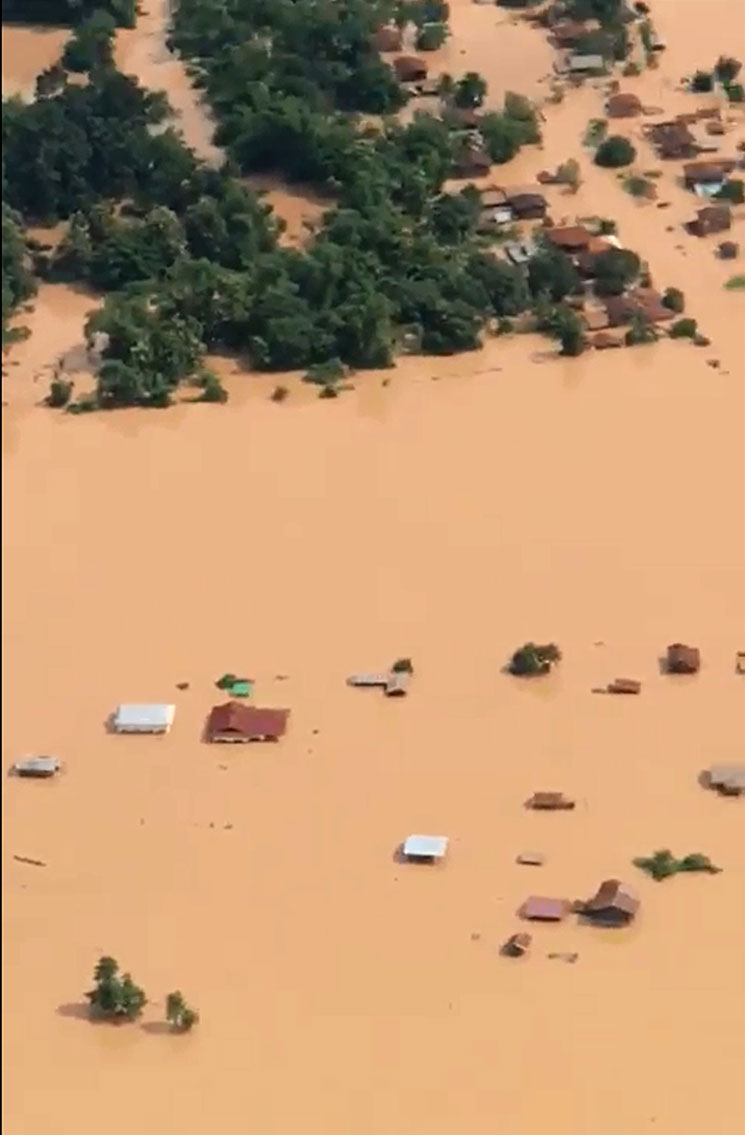 The US$1.2 billion dam is part of a project by Vientiane-based Xe Pian Xe Namnoy Power Company, or PNPC, a joint venture formed in 2012.

Work on the Xe Pian Xe Nam Noy dam started construction in 2013 in 238ha land leased for 32 years. Feasibility study was completed in 2008.

Among the companies involved in the project according to the Laos News Agency are Thailand’s Ratchaburi Electricity Generating Holding, South Korea’s Korea Western Power and the state-run Lao Holding State Enterprise.

The 410 megawatt capacity dam was supposed to start commercial operations by 2019, according to the venture’s website.

The project planned to export 90 per cent of its electricity to energy hungry Thailand and the remaining amount was to be offered up on the local grid. The remaining 10 percent of power would be sold to the local grid under an agreement between the PNPC and the Electricite du Laos.

Several dams are being built or are planned in Laos, an impoverished and landlocked communist country that exports most of its hydropower energy to neighbouring countries like Thailand.