The Ministry of Water Resource and Meteorology said that residents along the Sekong river in Stung Treng province should brace for floods following the collapse of a dam in Laos yesterday.

As of yesterday, the Laotian government has evacuated thousands of its citizens away from river banks following the dam’s collapse in Attapeu province.

The ministry said yesterday that the dam, named Se-Pian Se Nam Noi, was damaged due to floods.

“The dam in Laos is damaged. The water from this dam will flow into the Sekong river,” the ministry said. “All residents living along the river in Stung Treng province should beware.”

Stung Treng provincial Governor Mom Saroeun said yesterday that the dam incident hasn’t affected his province yet, but noted that local authorities were told to be prepared.

“Provincial officials are meeting about it,” Mr Saroeun said. “We are ready to intervene.”

Hundreds of people are missing and several are feared dead after the dam in southern Laos collapsed, causing flash flooding which swept away homes, state media reported yesterday. The disaster left more than 6,600 people homeless, the Lao News Agency reported.

Meanwhile, floods from heavy rainfall have continued to strike parts of the Kingdom.

“These stations may reach their flood warning levels next week, when water levels in Stung Treng reach 12 meters, in Kratie 23 meters and in Kampong Cham 16.2 meters,” it added.

About 7,106 families were affected.

On Monday, provincial authorities began evacuating villagers affected by floods along the Sesan river in the province. Water from the river is known to flood lowland areas such as Andoung Meas, Taveng, Veun Sai and O’yadav district.

Mr Sam Oeun added that the situation is improving, but warned that the worst is yet to come.

“The authorities are coming to assist villagers,” he said. 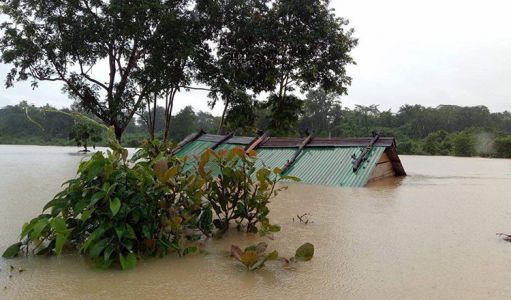 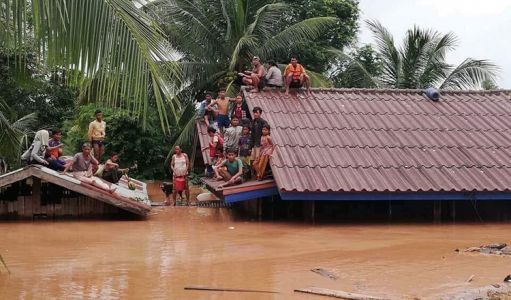 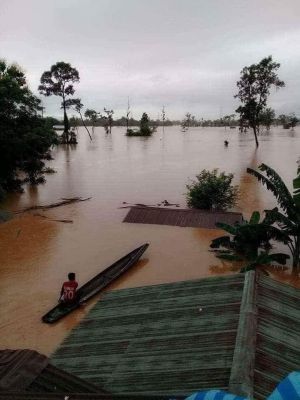 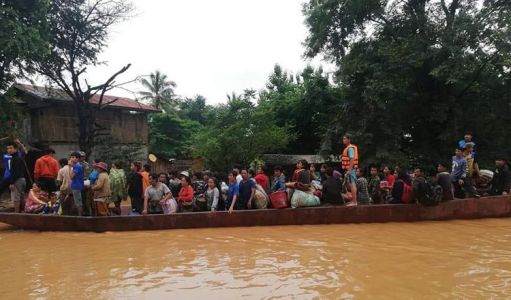 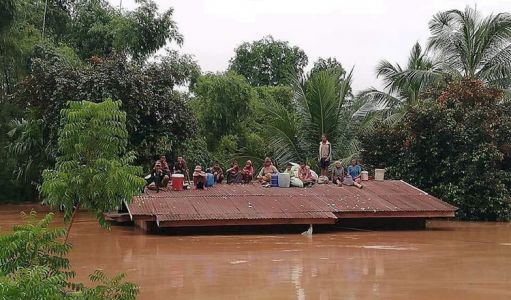 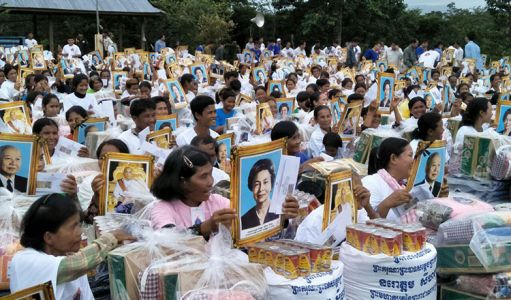 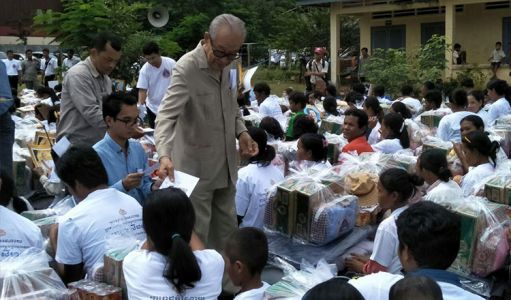 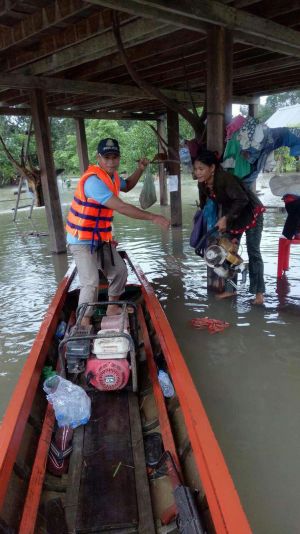