The Chinese government yesterday donated about $75,000 worth of IT equipment to the National Institute of Diplomacy and International Relations for the development and training of Cambodian diplomats.

Chinese Ambassador to Cambodia Xiong Bo said during a speech at the Foreign Affairs Ministry yesterday that the donation would support the Kingdom’s digital economy.

He added that the equipment was received and noted that he was honoured to help increase the capacity of Cambodian information technology.

“We are ready to enhance cooperation between both governments,” he said.

Televisions, cameras, printers, desktop and laptop computers were donated. It was estimated the equipment was worth $75,585 in total.

The donation followed a request by NIDIR to organise training courses for Cambodian diplomats. 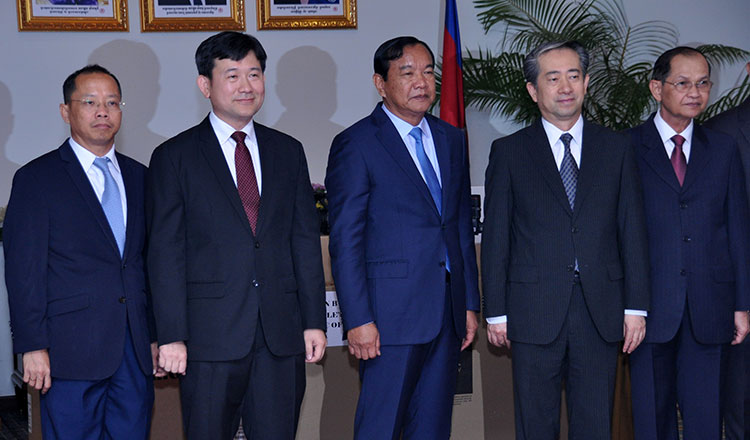 The equipment will be used to train diplomats in public relations, communication, public speaking and foreign languages.

NIDIR president Chhiv Yiseang said yesterday that the donation will help strengthen its mission to bring Cambodian diplomats into the 21st century.

“It will allow our organisation to help increase their digital knowledge in order to accomplish our mission to train professional 21st-century career diplomats,” Mr Yiseang said. “This donation is a testimony that China will always support Cambodia in the development and training of human resources.”