Kandal Provincial Court on Monday sentenced a deputy village chief and two others to six years jail and ordered them to pay about $5,000 in compensation to villagers whose land they grabbed using falsified documents in Muk Kampoul district’s Roka Kaong II commune.

Prek Chrov deputy village chief Kong Duong, 59, was found guilty in the case for posing as a village chief to falsify public documents and have fraudulent witnesses thumbprint them.

Choub Phat, 59, and Im Saroeun, 50, who lived with Mr Duong, were also convicted for their roles in the scheme. 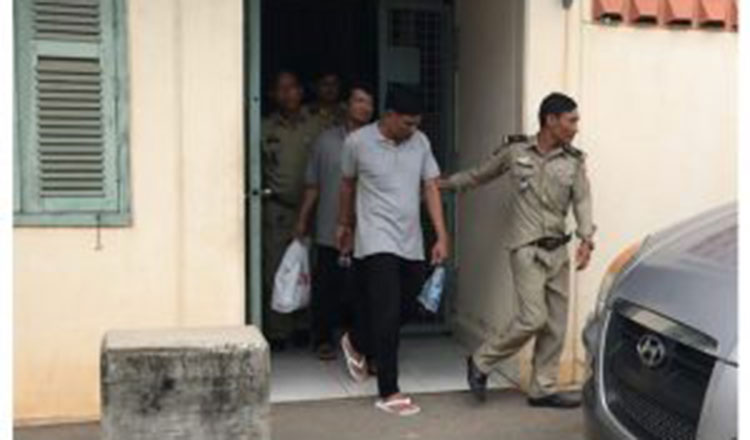 However, only Mr Phat would serve the jail term because the others were still at large, said court spokesman Tin Sochetra.

“Chout Phat was placed in pre-trial detention by the investigating judge in January but the other two, including the deputy village chief, were not,” he said. “I do not know why they were not detained.”

According to court documents, Mr Doung grabbed the land belonging to Prek Chrov villagers in June 2016.

Five on trial for selling drugs