Interior Minister Sar Kheng yesterday said that voting in the upcoming national election to choose a leader democratically is better than the government being changed through a military coup.

Addressing CPP members in Battambang province’s Banan district, Mr Kheng said that the liberal multi-party democracy now enjoyed by Cambodia must be maintained because resorting to power being changed through a coup would be rejected by the public.

“Holding power through toppling and a military coup does not come from people as a whole. That power comes from carrying guns and war, which people do not participate in and which leads to governments they do not recognise,” Mr Kheng said.

“We have chosen a regime that gets its powers from the people who vote in a free and fair election without violence,” he added.

Mr Kheng said that some people intended to undermine the election by accusing the ruling CPP of being a dictatorship regime. 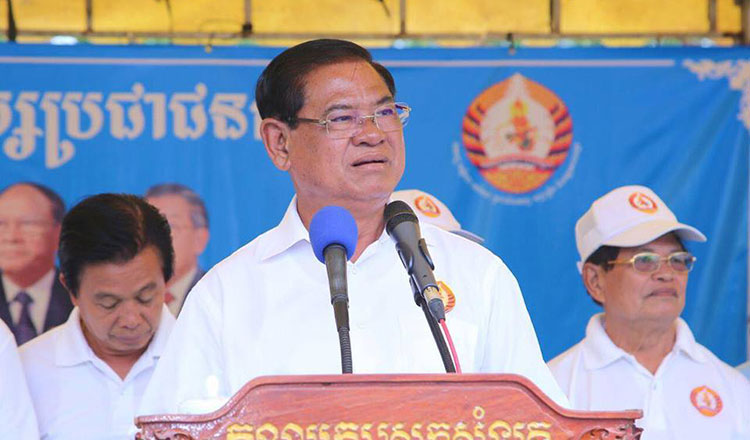 He argued that Cambodia has enjoyed prevailing peace and freedom since it contained more than 40 political parties, about 5,000 NGOs and plenty of media outlets.

“In reality, we are walking on the democratic path and we have strengthened democracy,” Mr Kheng added, noting that all people are eligible to engage in political activities.

Sam Kuntheamy, executive director of election watchdog Nicfec, said he agreed that Cambodia is strengthening democracy through the elections, but noted that freedom of expression for NGOs was restricted since last year.

“It is correct that usurping power through a military coup causes instability and it will collapse sometime in the future,” Mr Kuntheamy said.