Preah Sihanouk Provincial Court on Sunday charged a security guard with posing as a military police officer after he posted comments on Facebook related to the recent arrest of a former officer who was charged with tarnishing the force’s reputation.

Military police spokesman Brigadier General Eng Hy yesterday identified the suspect to local media as Sdeung Chenda, 30, and said that he was arrested by provincial police on Friday in commune II.

“He posted a photograph of himself in uniform on Facebook and claimed that he was a provincial deputy police commander,” Brig Gen Hy told local media. “He then went on to comment on the arrest of a sacked military police officer who had been charged with posting comments that tarnished the force’s reputation.”

“The suspect made statements which also tarnished the reputation of the force with the intention of inciting the public,” he added. 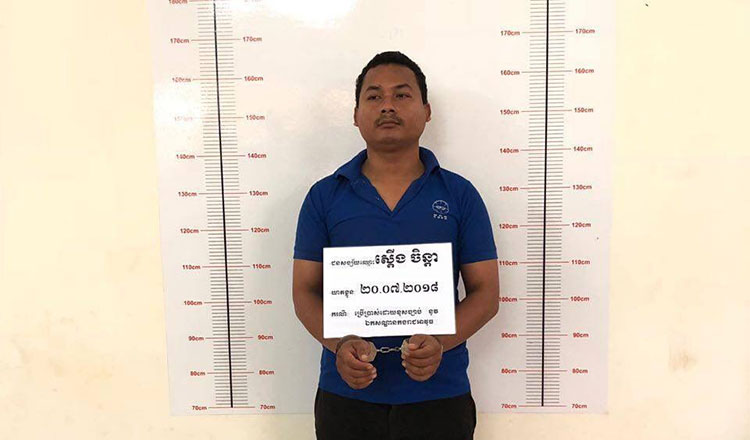 On July 15, former police officer Sorn Samneang was arrested for repeatedly posting allegations against the force in connection with his dismissal.

He was charged by Kampong Thom Provincial Court with defamation and incitement and is in prison pending trial.

His Facebook posts attracted thousands of comments, including the one by Mr Chenda in uniform which prompted a police investigation.

In a statement on Sunday, police warned the public that any unauthorised use of police or army uniforms, identity cards, insignias or vehicles, whether real or bogus, is an offence punishable by a jail term of up to six months.