The World Wide Fund for Nature in Cambodia has urged the government to crack down on wildlife trapping, trafficking and illegal logging to conserve wildlife and natural resources.

Tigers especially had been seriously threatened by hunting and trapping.

However, the figure has decreased by 95 percent comparing with the number in the early twentieth century, when there were about 100,000. 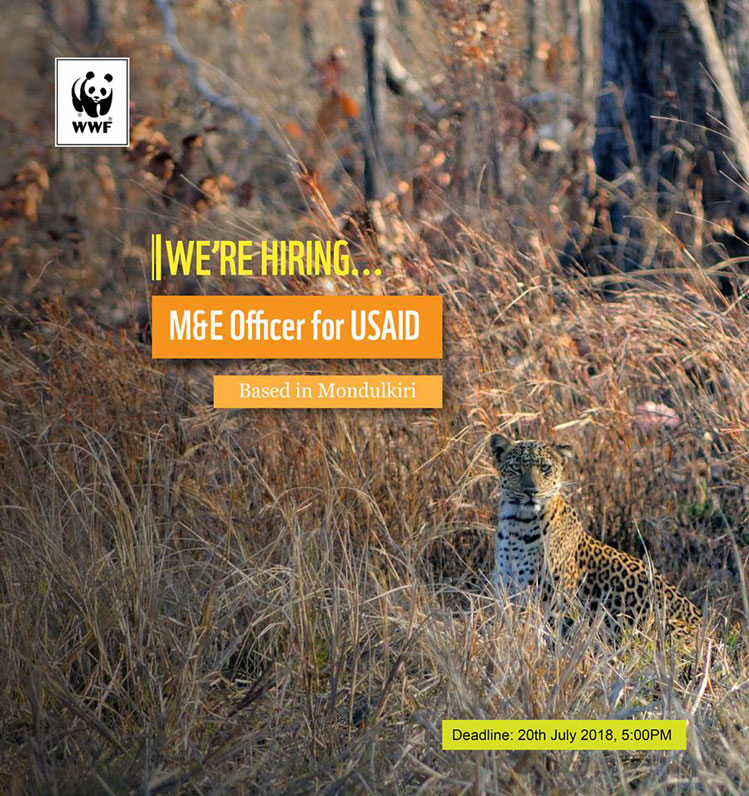 In Cambodia, the last time a tiger was captured was in Mondulkiri province’s Sre Pok Wildlife Sanctuary in 2007.

Researchers concluded that tigers that could reproduce in the east of the Mekong region had disappeared.

“The most important reason is because of hunting and trapping,” Mr Teak said. “The trap is easy to make and set to catch wildlife, and the trap is almost cheaper than a toilet paper roll, but its effect can destroy an enormous number of wild animals and kill people.”

“In addition, illegal activities such as clearing forest land, logging, illegal hunting and all kinds of wildlife trade also need to be stopped immediately,” he said. 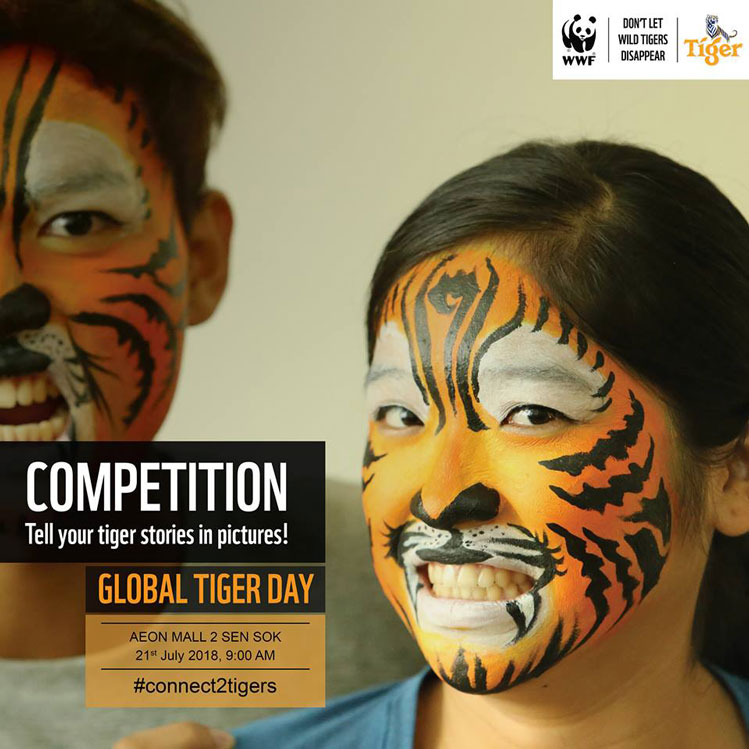 “Otherwise, wildlife as our living national heritage will be devastated to a degree that cannot be restored.”

Under-secretary of state at the Environment Ministry Khut Chandara said that the government had made efforts to protect and preserve natural resources.

Fifty current protected areas, amounting to about 7.5 million hectares, would be extended further in the future.

In addition, the ministry had also reformed and had set up eco-tourism zones in protected areas.

It had set up general departments of local communities to educate and support local communities living near protected areas for them to have proper occupations, stop illegal wildlife hunting and protecting natural resources. 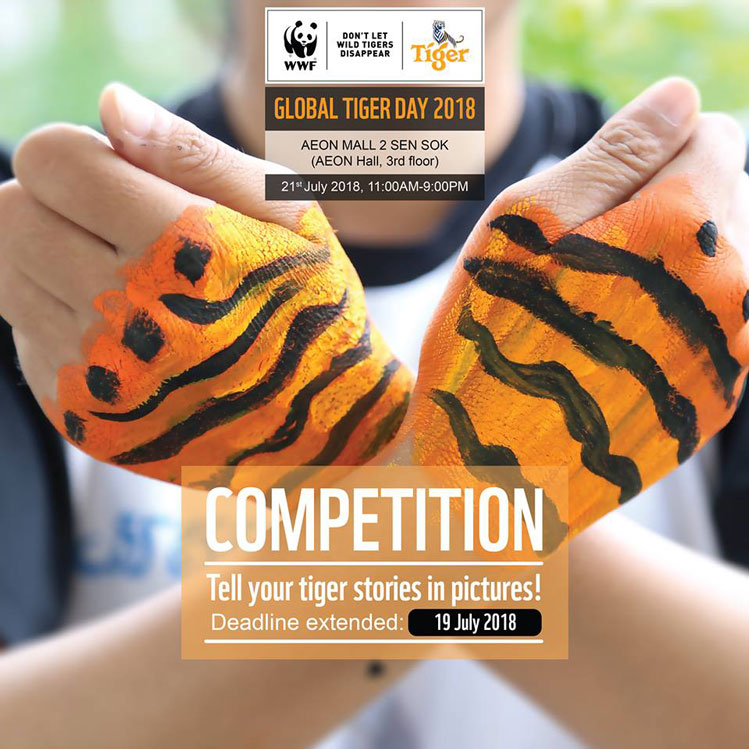 “We acknowledge that there is still a shortage but we are not giving up our efforts to protect our natural resources,” said Mr Chandara.

Roland Bala, general manager of Tiger Beer which has cooperated with the organisation of Global Tiger Day, expressed regret at the dramatic decline in global tiger numbers.

“We cooperate continuously with WWF, which gets support and encouragement from the government of Cambodia and the Ministry of Environment,” he said.

In September last year, experts with the Ministry of Environment, the WWF and environmental partners from India held discussions on the technical and legal aspects of bringing tigers from India into Cambodia and setting up a tiger area in Sre Pok Wildlife Sanctuary in Mondulkiri province.​

The plan was drawn up in an attempt to protect and preserve natural resources, as well as to create the presence of the animal in Cambodian forests.

Global Witness calls on the US to sanction tycoons