​A National Committee for Disaster Management official said over the weekend that authorities are beginning to assess damages done to several major roads, homes and farms across the country after heavy floods last week.

Meanwhile, authorities also began to monitor the movement of water in the capital’s Dangkor district after it was hit by strong weather on Friday.

NCDM spokesman Keo Vy said yesterday that the situation in Phnom Penh and in the provinces is beginning to return to normal.

“Some of the floods in the provinces have receded, with some areas faring better than others,” Mr Vy said. “Flooding hit Phnom Penh’s Dangkor district, too, and the flood came from around the Prek Tnort dam.”

Minister of Water Resources Lim Kean Hor said on Saturday that floods in the provinces have receded, but one district in Phnom Penh was also affected over the weekend.

“The flood situation is getting a lot better, and it’s not as serious as it was last week,” Mr Kean Hor said. “The water did not cause any damage to the dam, and we will continue to monitor the weather.”

He said that the capital’s flood affected 454 families in six villages in Phnom Penh’s Dangkor district over the weekend. 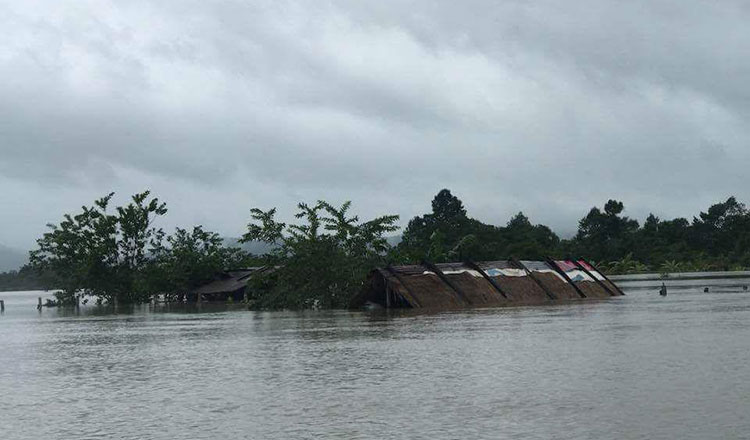 “Our officials have stayed there and have been monitoring the situation on the ground since Friday,” he said.

On Friday, authorities in Kampong Speu province closed a section of National Road 4 near kilometre 90 in order to prevent vehicles from being damaged during floods in Phnom Sruoch district’s Treng Trayoeng commune.

The Ministry of Public Works said yesterday that National Road 4, National Road 3, street 377, and street 159, were among the roads closed during the weekend’s strong weather.

Transport Minister Sun Chanthol said yesterday that road technicians will assess the damages and have them repaired when the weather is calmer.

“The ministry is in the process of repairing damaged roads,” Mr Chanthol said. “We are appealing for the people’s understanding during these trying times.”

The National Committee for Disaster Management last week sent a report to Prime Minister Hun Sen stating that floods in the country have damaged 1,786 houses and affected more than 3,000 families, while thousands of hectares of crops were destroyed in the provinces of Koh Kong, Kampong Speu, Preah Sihanouk, Kampot and Battambang.