Home - Global Witness calls on the US to sanction tycoons

Global Witness calls on the US to sanction tycoons

Global Witness has called on the United States to impose sanctions against four Cambodian tycoons for their alleged roles in the demise of Cambodian democracy and for human rights abuses.

Its allegations, in a report on Friday, were brushed off by a ruling CPP spokesman who accused it of intending to tarnish the government as the election was nearing.

“The tycoons variously appear to have enjoyed immunity from the law, the rich spoils of the government’s state looting, and the use of state forces to guard their company operations and violently crack down on local protests against them,” the report alleged.

Global Witness said that it wanted the US to issue sanctions against Cambodian officials, including the four tycoons, for their alleged role in the death of democracy and for human rights abuses.

Mr Reththy, chairman of the agro-industrial Mong Reththy Group, flatly denied that he was involved in any wrongdoing.

“There is a political motive with the election nearing,” he said. “They are trying to cut off our hands and legs.” “I don’t have any money, not even one riel, deposited at a bank in the United States,” he added. “Where have I cut timber, I have never done anything wrong, including felling timber.” 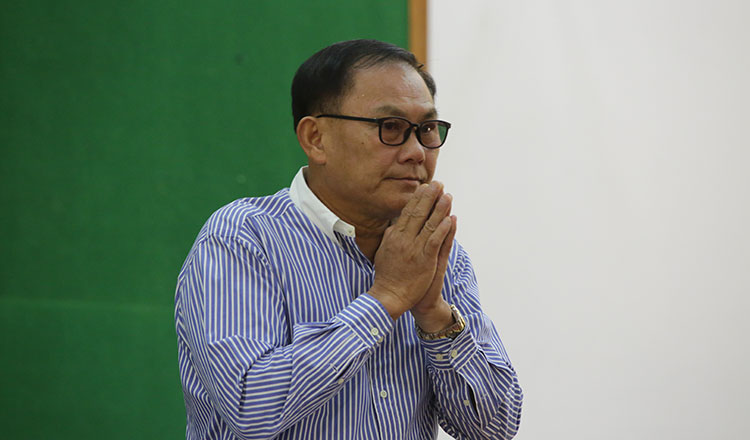 Mr Reththy noted that he and his family were due to visit the US in August to attend their granddaughter’s graduation.

The three other tycoons could not be reached for comment yesterday.

However, Mr Pheap wrote on his Facebook that he would work hard to contribute to the country’s development.

“I will try my best to build and develop the country,” Mr Pheap said.

Ruling CPP spokesman Sok Eysan said that Global Witness intended to ruin the government’s reputation and defended the four tycoons, saying that they did everything in compliance with the laws, especially developing the country.

“The accusation from the outsider is unfounded and it does not reflect the reality in Cambodia at all,” Mr Eysan said. “They are members of the Cambodian People’s Party, so they can donate their money as much as they can.”