Prek Thmey commune police on Saturday arrested a 24-year-old man over the murder of a motorcyclist, who was attacked by five gangsters last week.

Cap Sothea said the suspect is believed to be one of five members of a gang who slashed the 26-year-old victim Po Vuthy with a samurai sword, almost severing his neck, on Tuesday in Phnom Penh’s Chbar Ampov district.

“During interrogation, the suspect confessed that he was involved in the murder, but said he did not kill the victim,” he said. “He said the murder took place after an argument and identified the others involved.”

Cap Sothea added that police were looking for the other suspects, but did not release their identities.

District deputy police chief Lieutenant Colonel Mao Soeuth said the suspect was accused of intentional murder and faces up to 15 years in jail if convicted. 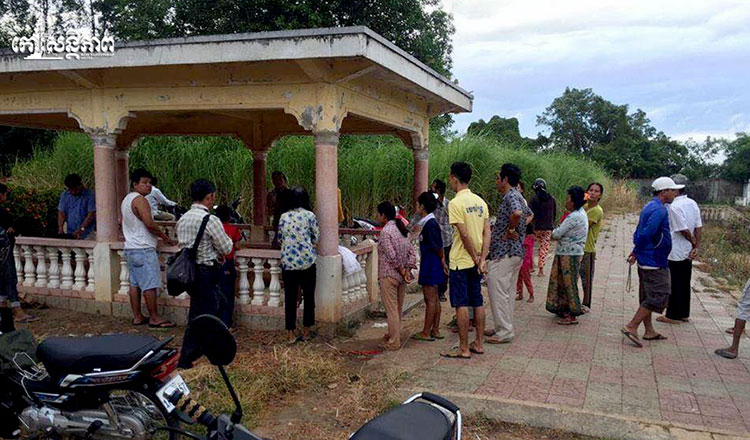 He added that the suspect is still being held for questioning and will be sent to Phnom Penh Municipal Court today.

A police report said the victim, construction worker Po Vuthy from Kandal Province’s Sa’ang district, was riding along a road in the village where the five drug-using gangsters were hanging out.

The victim’s motorbike ran out of gasoline and he pushed it along the road looking for a shop where he could refuel, but no shops were open late at night.

While he was pushing the motorbike, the five suspects appeared and attacked him with the intent of stealing the bike.

Mr Vuthy tried to stop them from stealing his motorbike and was slashed several times on his neck. He collapsed on the road and the attackers left him there, but did not take the motorbike because it did not have gasoline.

After they left, villagers who witnessed the attack reported the matter to police, who sent the victim to hospital in an ambulance. However, he died on the way there.

Mr Vuthy’s body and his motorcycle have been handed over to his family.