The head of the Cambodian Mine Action Centre said that the agency will need about $100 million in foreign aid over the next five years to effectively demine remaining parts of the country affected by unexploded ordnances.
C
MAC director-general Heng Ratana said on Saturday that the money should come from those who were responsible.

“Generosity is important for our demining programmes because it correlates to the growth of our economy. We need to be able to distribute contaminated land,” Mr Ratana said. “We’re going to use the $100 million to clear these mines.”

Mr Ratana slammed western powers for not doing enough for the Kingdom and blamed the United States for the country’s current predicament.

“Our country is suffering from remnants of war, which consists of unexploded ordnances,” Mr Ratana said. “The main problem is the anti-personnel mines and second is the 28 million cluster bombs dropped by the United States.” 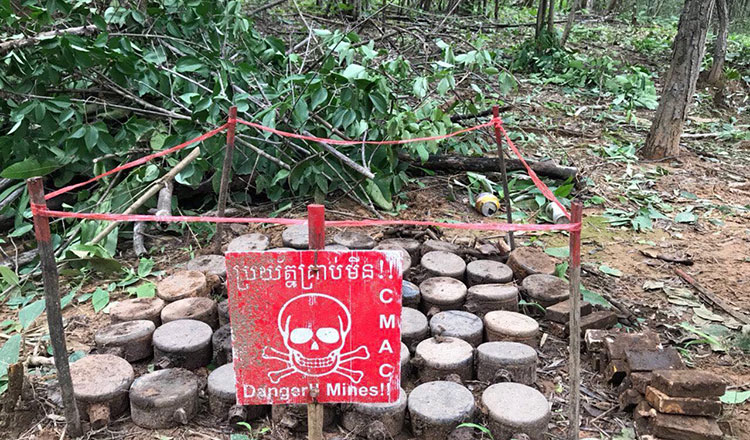 He said that although Cambodia receives assistance from the US, China and Japan on a yearly basis, Cambodia needs to strengthen its own self-reliance by developing its own capacity building.

“Before, about 90 percent of aid came from foreign donors, but now it’s down to about 70 percent,” he said. “The rest comes from the national budget.”

Last year, CMAC cleared more than 8,636 hectares of land and destroyed about 37,448 landmines and other explosive remnants of war.

The Cambodian Mine Action and Victim Assistance Authority reported that the number of casualties decreased in the first 11 months of 2017 when compared to the same period in 2016.