With national election campaigns in full swing, political parties are not only taking to the streets for mass rallies, but turning to the internet to reach social media users, an ever-growing demographic.

Without the need to spend money on petrol, banners, hats and other items needed to host a rally, spreading party platforms via social media is a strategy used by some of the poorest parties, but also the ruling CPP.

Sous Yara, spokesman for the CPP, says that the ruling party knows it cannot just rely on kilometre-long marches to secure support in the upcoming poll.

“We have noticed that Cambodian youth are very interested in using social media,” he says. “I believe that social media engagement is key to promoting our party for a successfully election this year.”

The Telecommunication Regulator of Cambodia reported earlier this year that users accessing the internet has jumped to 11 million, with 6.8 million Facebook accounts in the country.

This is up from 3.8 million accessing the internet in 2013, when there were 1.24 million Facebook users and when political parties first started spreading propaganda on social media in the lead up to that year’s national election.

“Social media can help us send information directly to people,” says Mr Yara. “Political parties have taken note of this and increased their use of social media for their campaigns, however, they need to be responsible for the news that they deliver to people.” 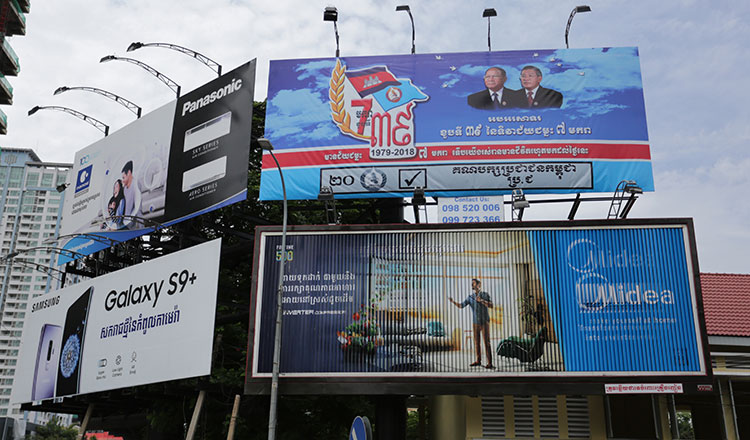 Soksovann Vatansabung, president of the Khmer Rise Party, says that his party is well-known on social media, which it usually uses as the prime source of communication with supporters.

“We believe that social media can allow us to promote ourselves this year and attract voter support,” he says. “We are focused on social media because we know that we can reach the youth that way, allowing us to inform them of our policies effectively.”

“Social media is really popular in Cambodia because youth are using the internet on their phones a lot,” he adds.

Im Vutha, a TRC spokesman, says that he has noticed an increase in social media engagement by political parties for this year’s election compared to 2013. 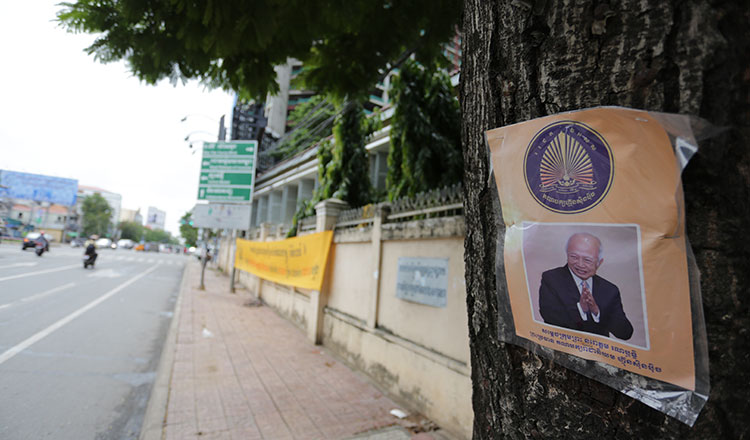 “The usage of social media during this year’s election campaign is widespread for political parties,” he says. “All of them want to get attention from the public.”

“Cambodia has never had 20 political parties participate in the election like this and they have to promote their parties via social media,” he says. “Social media like Facebook, Facebook live, and Twitter help them a lot by making voters aware of their party during the campaign period.”

According to a Royal University of Phnom Penh report titled Cambodian Communication Review 2015, Facebook has become a vital tool for political engagement in the country, especially among youth, which make up about 30 percent of the population. 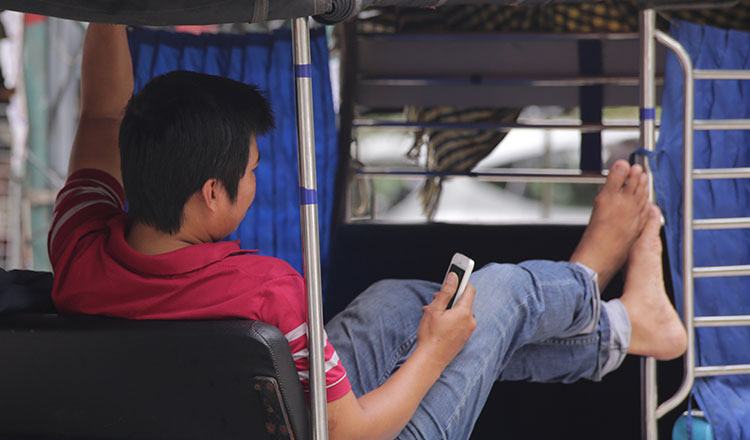 “Facebook is the most popular platform among Cambodian social media users who access the internet for information and political engagement,” the report says. “The Internet is a useful resource for people to express their political support.”

Sem Davin, 25, a supporter of The Our Motherland Party, says that she has been combining tradition campaign with social media to help her party garner support.

When Mr Davin joins a party rally, he pulls up his account and broadcasts his participation from his motorbike on Facebook Live, streaming his activity and showing the world an inside look into the march.

“People always use the internet on their phones now and they can see our activity live through the Facebook stream,” he says. “The party does not need to spend much money to stream this activity and it is very easy for them.” 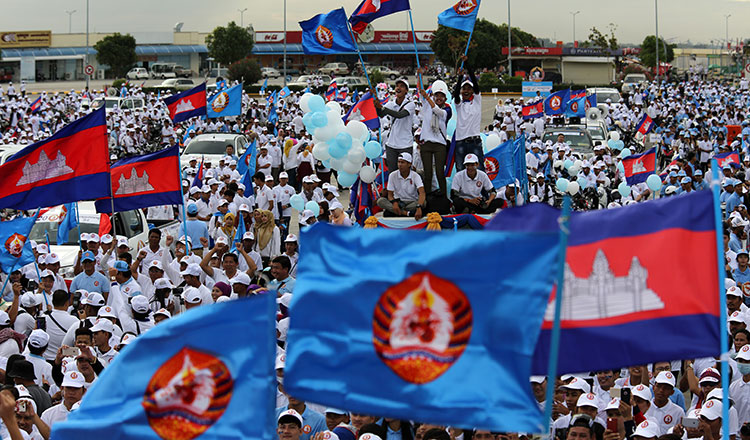 So Phorn, 28, who lives in Phnom Penh, says that digital campaigns can reach potential supporters quicker than traditional methods like walking along the street with a megaphone.

“Social media messages spread so fast,” she says. “Facebook and Twitter are popular now. It is a modern region. For example, I always use my phone for the internet for at least one hour per day.”

“The parties and the supporters do not attack each other,” she says. “They just promote themselves.”

Hang Puthea, spokesman for the National Election Committee, says that there is nothing in the election law prohibiting the use of social media as part of campaigns.

“They have the right to campaign or publish their party policy to attract people online,” he says. “It is not illegal. This is good competition.” 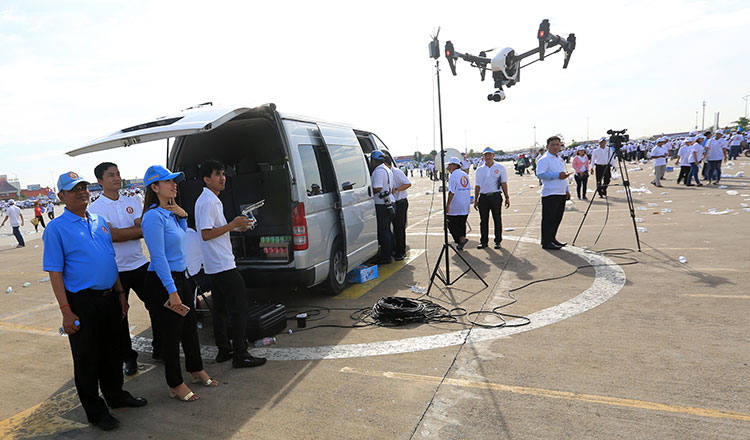 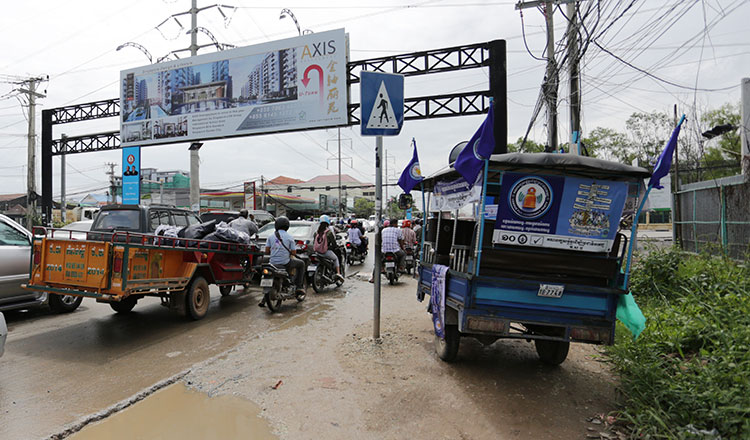 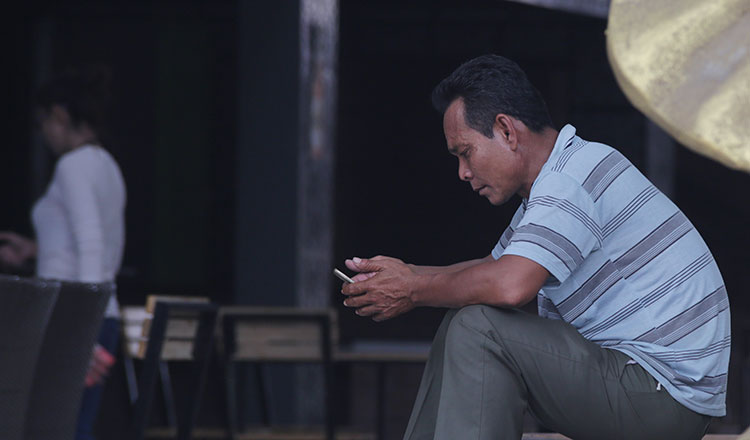