More than 1,000 You Li International Factory workers in Svay Rieng province’s Bavet city yesterday reached an agreement with their employer, brining an end to their week-long strike.

The workers staged a walkout last weekend and began rallying to demand better working conditions and an increase in pay.

They said that an increase of productivity and shorter deadlines demanded by the company made working conditions unbearable.

The company also threatened to sanction workers for failing to meet their monthly targets, while pregnant workers were expected to work the same hours as regular employees.

Provincial labour department director Has Bunthy said yesterday that the factory workers have returned to work,following a third negotiation between both sides. 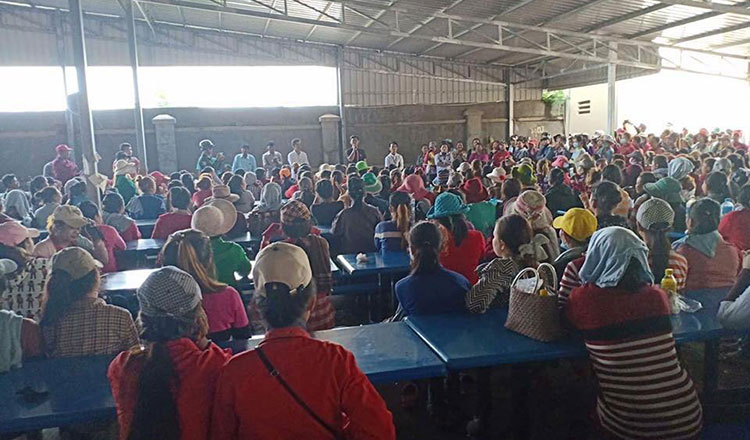 He said that both parties agreed to resume factory operations following government mediation.

“All workers returned to work, and the company agreed to compromise with the workers,” Mr Bunthy said, noting that an increase in salary was the only thing shot down by the company.

“They also demanded an increase in wages, but we informed them that this was not possible,” he said.

Pav Sina, president of the Collective Union of Movement of Workers, said that the company made the right decision in providing concessions.

Mr Sina said that the dispute was resolved through bargaining and negotiation.

“The labour dispute is done and work has resumed,” he said. “We thank all those willing to solve the dispute to end the protest once and for all.”

Earlier this month, Prime Minister Hun Sen said during a speech that he instructed factory owners to allow pregnant workers to leave work 15 minutes early in order to ease their travel and ensure their well-being.