On its opening weekend, NABA Entertainment Spectacular’s Viva La Colours has attracted over 1,000 people including local celebrities to the NABA Theatre @ Naga2!

One of the highlights of the show was The Icarian Gamers, two Ethiopian brothers who earned the esteemed Golden Buzzer at the famous TV show Spain’s Got Talent for their gravity-defying acrobatics. The thrilling new act has teamed up with the wildly entertaining Colombian performers, Dance Stars, to deliver a spectacular performance that garnered thunderous applause and rave reviews from the audience.

Ms Kem Sreykeo, Miss Cambodia 2017 2nd runner-up said, “it was very exciting to see the fast-tempo Latin dance and jaw-dropping acrobatics combined together. I have never seen such a brilliant and breathtaking choreography executed with perfect precision before!”

Another spotlight for the evening was the Wonder-Changers, a Russian double act featuring mystifyingly quick switches of costumes, who performed alongside Poker-The Magician from Taiwan. The rare collaboration kept the audience glued to the edge of their seats throughout the show.

“It was mind-boggling to see how they performed those costume switches in seconds! I will definitely come back and bring my family and friends to watch this unbelievable act,” shared Doriko, a rising star in the local entertainment scene. 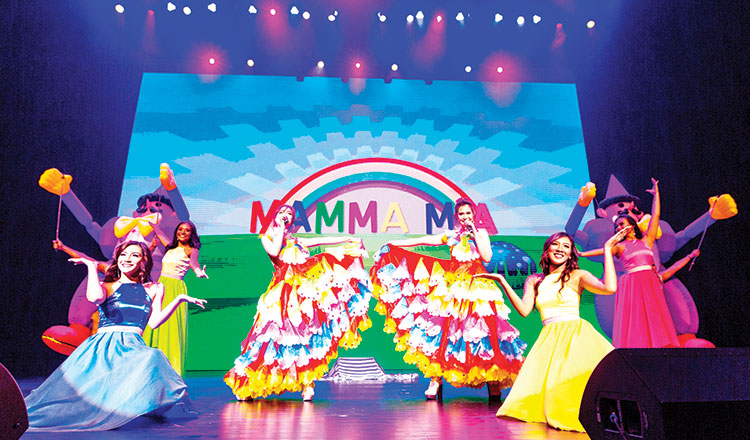 The brand new show has cleverly combined an exciting medley of singing, dancing, acrobatics, magic acts in colourful costumes and synced with technicolour projections in Cambodia’s first 3D video mapping theatre to be the most colourful show in town!

Admission to the show is free and a total of 1,000 seats are available for each show on a first-come, first-served basis. This highly entertaining 5-star free show is suitable for audiences of all ages, including children.

So bring your family and friends along and catch Viva La Colours from now till 12 August at 7.30pm, Wednesdays to Sundays at NABA Theatre, Naga2!

4 simple lunchtime workouts in the office