Lee Fox-Smith, through his research, made contributions to this column.

So, I think it is time to discuss the dog meat trade in Cambodia. For most of us, Westerners, is it absolutely unthinkable to dissect the dog and serve its meat to our guests during a dinner party. Yet, dog meat restaurants have been popping up everywhere around the country. In Siem Reap, the “Delicious Dog Meat” signs are overwhelming. And while it isn’t as visible in the capital, it’s also not uncommon to see roasted dog heads displayed in restaurant windows.

Related Post: Hounds off the hot plate! The story of how a Phnom Penh restaurant moved from serving dog meat to a vegetarian menu.

I am well aware how controversial this issue is. Someone even told me I must be careful in talking about it. But I see no reason to be concerned; after all, I am not interested in pointing fingers at anyone, nor am I trying to ignore or disrespect the local culture, customs, food tastes and dietary preferences in any way. With respect to all vegetarians, vegans and carnivores, I write about what I see, the research behind the issue –both social and scientific – in the local setting and based on facts. My main inquiry is this: should we even be bothered talking about it at all? With some people standing by “meat is meat” principle, what’s the difference in eating dog meat?

As hard as it is to put my own personal bias aside, let’s address few main common questions about dog meat. It is especially imperative to (re)open this discussion now when the debate is heating up internationally. And while there is no official ban of dog meat consumption in Cambodia, according to Huffington Post, during the “Hanoi conference in 2013 (of the Asia Canine Protection Alliance) high-level officials from Cambodia, Laos, Thailand, and Vietnam agreed to a five-year moratorium on the international commercial trade in dogs destined for human consumption.”

Some argue that dog meat is a part of Cambodian culture for ages. Yet, in the Cambodian traditional cuisine, dog or cat meat is neither celebrated nor mentioned as a Cambodian delicacy, culinary “specialty” or a staple dish, like beef lok lak or fish amok. While no formal research has been done on public opinion regarding dog meat consumption in Cambodia, through the interviews with Khmer people – dog meat restaurant owners, consumers and general public – it becomes clear that dog became a “food” in the 70s. One ex-dog meat restaurant owner, who recently turned his dog meat business to a very successful vegetarian restaurant explains that the habit of eating dog and cat meat comes from the war times, when it provided the only source of protein during the war; they’ve remained on the menu since then. The idea of eating dog, he says, is not native to Cambodia but was imported from Vietnam.

Apart from the war-time legacy of starvation, dog meat has never been a part of Cambodia’s food landscape. It has been much more common in China, South Korea and Vietnam. Yulin Festival, causing the international outcry and protests by animal activists annually, remains a grim reminder of that. Locally, the dog meat restaurants are often full of tourists from those countries – brought there by buses – who remain their main patrons.

One report that I found on the VOA Cambodia site suggested that in 2016, some officials encouraged dog meat consumption to reduce the number of strays in the country. While I understand that overpopulation of stray cats and dogs remains a problem, eating these animals – often weak and disease ridden – is not affective for either stray population reduction or overall human public health safety.

So, culturally speaking, no evidence exists that dog meat has any roots in Khmer culture or traditions. In fact, an old Khmer proverb, loosely translated as “eating dog invites thieves to your home”, further dispels any claim that dog meat is culturally relevant or significant in any way.

Does dog meat give you any “special” nutrition?

Now, if eating dog meat is not native to Cambodia and is such a divisive public issue among Cambodians, I wonder why the industry is still proliferating. In numerous published and unpublished interviews with local dog meat eaters, I found that much of it is built on a completely baseless idea that dog meat “warms” your body and this is what sustains the business. Others went as far as saying that they are “addicted” to dog meat during the winter months.

While there is no clear evidence to this “warming”, I found that most often, the BBQed dog meat is consumed with rice wine infused with fruits or plants, which are also believed to have their own medicinal value. No wonder it “warms” the body. Rather than meat itself, the most probable explanation of the warm feeling comes from the alcohol consumption. This combination has been growing in popularity in rural areas, where it is relatively cheap, too.

Despite these beliefs, there is absolutely no research or scientific evidence that dog meat can help in any way. In fact, the opposite is true: it can and does kill people.

Can it be harmful for human consumption?

According to the official reports in December 2015, 10 people died and more than 100 were sickened in two separate incidents linked to the consumption of dog meat and rice wine in Kratie province. The causes are still undetermined. But for anyone who has stepped and saw the world of dog meat catchers, dog slaughterhouses and restaurants, it would not come as a surprise. The dogs are often gravely ill, ridden with parasites, malnourished and thus, present numerous problems for human health. Here is a summary of research on deadly harms associated with dog meat consumption, so you may judge for yourself.

A study by Wertheim et al 2009, found that the butchering of unvaccinated dogs and cats in rabies-endemic countries should be considered a risk factor for rabies transmission. The same study reported two case studies. Two men contracted rabies through the butchering of dead dogs and cats. One of the men found a dead dog on the road and the other decided to kill and eat a cat that had been sick for three days. Both died painful deaths.

A study conducted by the National Institute of Hygiene and Epidemiology of Viet Nam (NIHE) in dog slaughter houses in Hanoi area in 2007 found that two out of 10 sick dogs were positive for rabies. This study was conducted following previous findings where 40 percent of rabies victims had no history of cat or dog bites. They had, however, worked at dog slaughterhouses or privately slaughtered dogs. Vietnamese doctors consider dog butchering a very serious risk factor for rabies transmission.

This problem is not unique to Vietnam. An epidemiological survey in China reported that two out of 64 patients contracted rabies by either killing, cooking, or consuming dogs. In January 2008, 30 people from the Philippines were reported to have received anti-rabies vaccination after having eaten the meat of a rabid dog and the problem is getting far worse there. Dr Luningning Elio-Villa, coordinator of the Department of Health’s rabies control programme, said, “If the dog is cooked, the virus is destroyed, but many are eaten raw. And anyone cutting up a dead dog can transmit the virus to themselves if they touch their eyes or lips while they have traces of the dog’s fluids on their hands.”

Many dogs have contact with rodents and dirt, which can cause them to ingest the larvae of the Trichinosis parasite. When the dogs are caught and killed, they are already infected with the parasite. For the safety of consumers, the infested dog meat must be cooked at 100 degrees Celsius for at least 30 minutes to kill the larvae. In Vietnam, a study revealed that out of 126 patients diagnosed with trichinosis, 8 of them died.

One method of catching dogs from the street or stealing them from pet owners is to bait the dogs with poison. The dogs eat the poison which can remain in the meat and then also kill the consumer. In December 2015, five people died after eating the body of a dead dog that died under ‘mysterious circumstances.’ Eating animals that have died after sickness is not uncommon, but when poison causes the animal’s disease, the risks to health are disastrous.

So, if you can get past the rabies risk during catching, killing and butchering, and also lucky to avoid the deadly parasite, all you have to do is hope the dead dog you are eating was not poisoned.

Stay smart so you will stay alive! 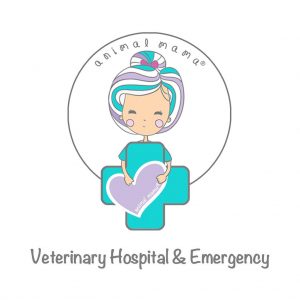 Hounds off the hot plate!