Killing, rape, forced labour, dehumanistation, ultranationalism – all these topics have been written in history and literature, letting the new generation know and understand what happened during the kingdom’s darkest years. But there’s one part of the Khmer Rouge cruelty that remains considerably unspoken – the atrocities against young children.

Aiming to give light to the plight of the little children during Year Zero, French journalist Marie Desplechin wrote “Sothik” – a children’s book that depicts the story of Sipar director Sothik Hok and his childhood experiences. With children and young adults as the target readers, Sothik contains illustrations by Tian, and uses simple and reserved language. The book was published in French language in 2016 by the L’école des loisirs. In 2017, a Khmer version of the book was published by Sipar.

The book begins by describing Sothik’s happy childhood. But Sothik’s blissful years were cut short as he was introduced to the cruel realities of war at the tender age of 5. That time, the US had been dropping two million bombs to Cambodia from 1969 to 1973 and caused several fatalities.

Sothik also gives a glimpse of what really happened in Kampong Cham province as he witnessed massacre right in front of him. His birthplace was the first place controlled by the Cambodian insurgents, which was later named Khmer Rouge. A new society was set – no money, no religion, no intellectual people, no private ownerships. Everyone was dressed the same way, a black coat and a red scarf called the Krama.

As these tragic scenes happened, Sothik was forced to grow fast, at least mentally and psychologically. He no longer was the loving young boy in a small village. He saw how the Khmer Rouge cultivated seeds of hatred and despair into people by dividing them into classes. 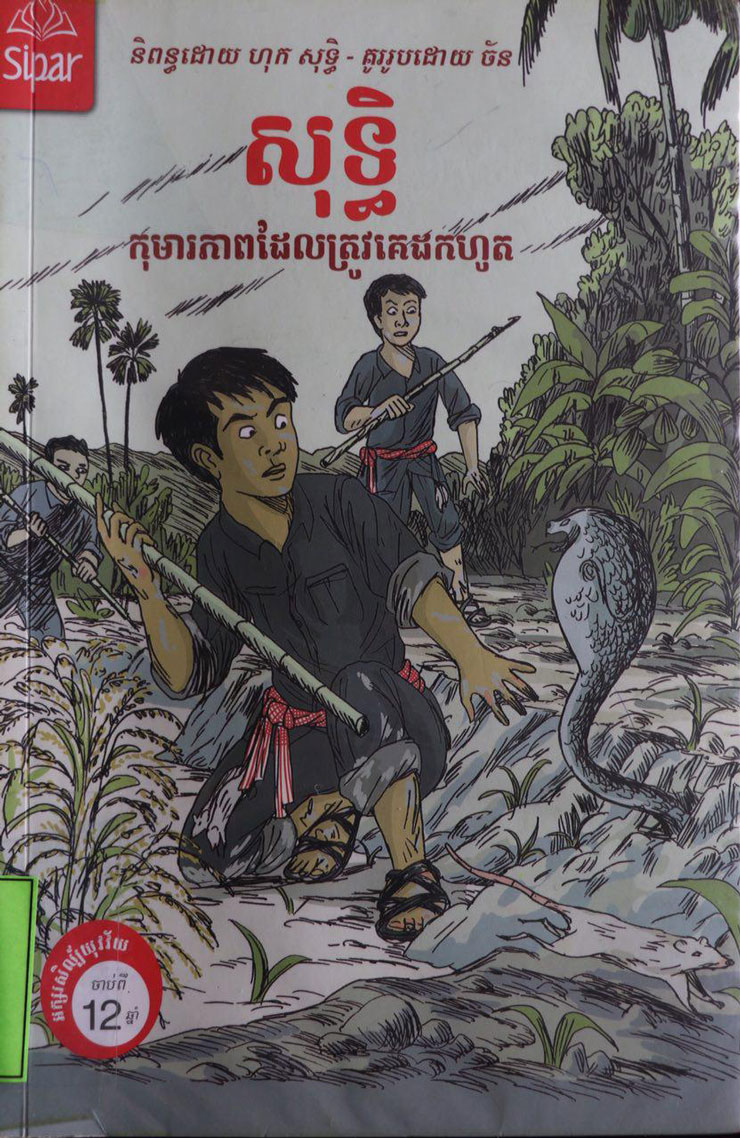 After controlling the entire Kampong Cham for two years, the group moved to Phnom Penh. On April 17, 1975, Cambodians had their worst nightmare. People were sent to the countryside, having told that the US would be dropping bombs to the capital soon. Sothik himself was forced to do hard jobs and was separated from his family.

Sothik explains in stages the degradation of living conditions – how people starved, suffered and died. Sothik worked hard for the Angkar like a brave revolutionary child. Others were taught how to spy on others. Nobody befriended anybody. Everyone treated each other as enemies, competitors for the smallest amount of food and water they can barely touch.

The Khmer Rouge also treated Muslim Cambodians as enemies. In the book, there were several mentions of how Muslims were killed.

In 1978, Sothik got a new role – a cowboy. He went into the highlands to save his cows from the flood. But after all his cows died, Sothik returned home and saw the vast damage of the country he used to admire. But despite all the violence of this regime and the unimaginable traces of cruelty it left, the story ends on a hopeful note. Cambodia was liberated by Vietnam in 1979.

Sothik struggled to create a new life for himself. But he eventually found his way up and took up literature and civilization pedagogy in Russia.

Currently, he serves as the director for French NGO, Sipar.

How to be calm

Khmer Alphabet made fun and easy