Huy Vannak, president of Union of Journalist Federations of Cambodia, said that most media has reported about rallies and marching of election campaigns, but parties’ platforms were under-reported.

“Parties’ platforms are important to inform voters. I think both Khmer and English media in Cambodia report less on parties’ policies,” Mr Vannak said. “Pointing out best policy for real development is very important and interviewing analysts to prove whether this or that policy works is also a good report. This is what the journalists should do.”

Many Cambodian journalists were assigned to cover election campaigns and no complaints have been filed against journalists for breaking the code of ethics, said Pen Bona, president of the Club of Cambodian Journalists.

Information Ministry spokesman Ouk Kimseng said that media organisations have different views on reporting the national election, with some reporting about parties’ policies and others focusing on the overall election.

“Because we have so many media networks in Cambodia, it’s hard to track what they have all reported, but I believe that each media institution has its own way of reporting,” Mr Kimseng said. “If we compare it to previous national elections, we can see that no one has used insulting words and inappropriate language to attack each other on social media.” 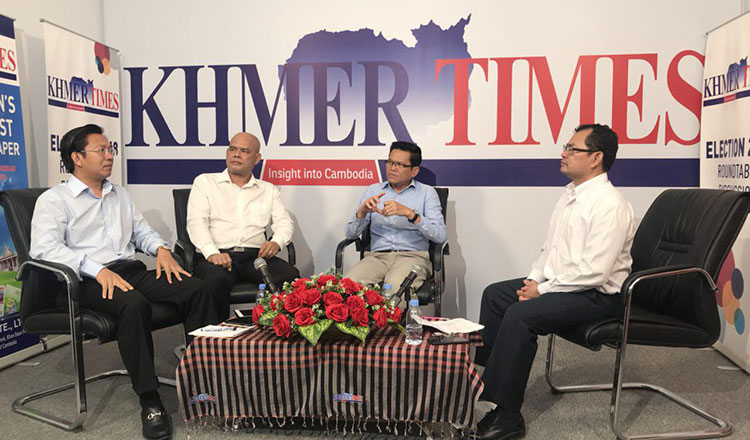 Mr Vannak added that action should be taken to prevent fake news from confusing the public.

“The internet affects Cambodia in many ways, and both positive and negative information is circulated,” he said. “We should find ways to monitor this. Fake news is poisonous for people.”

“I strongly believe that journalists could use their skills to identify fake news while ordinary people cannot, but journalists with bad intentions broadcast or publish fake news,” he said.

Mr Bona said that the public should read articles by professional media rather than on Facebook to avoid fake news.

Earlier this month, senior officials from the Ministries of Interior, Telecommunications and Information announced a crackdown against fake news on websites and social media platforms deemed to be undermining national security.