Home - Poipet sees a drop in the number of deportees

Poipet sees a drop in the number of deportees

After weeks of deportation by Thai immigration authorities, the number of migrant workers arriving in Poipet city has decreased, according to a migrant centre official.

Sin Namyoung, chief of the migrant worker holding centre in Poipet city, said yesterday that the number of arrivals has decreased over the past few weeks since Thai authorities began a crackdown on undocumented workers.

“The amount of illegal workers deported through the Poipet International Checkpoint has slowly decreased these days,” she said.

Since the beginning of the month, at least 1,641 undocumented Cambodian migrants were returned to the country via the Poipet border. 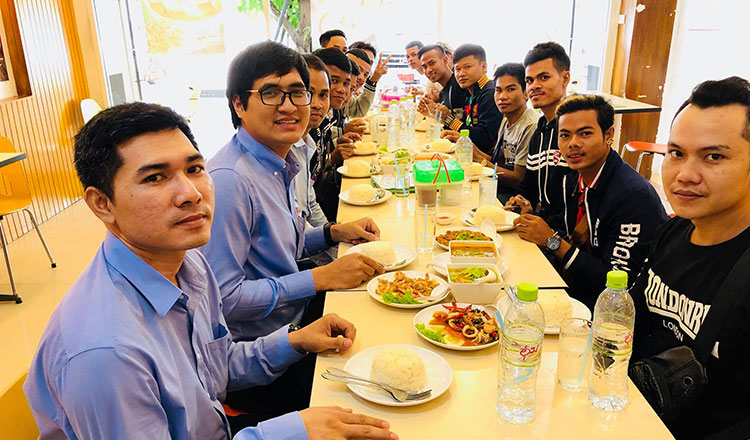 The Cambodian embassy in Bangkok said 24 undocumented migrants were repatriated from Thailand on Monday.

Thai immigration authorities said in a statement yesterday the 24 migrants were victims of employment agencies that failed to deliver legality for them to work in the country.

Thai authorities added that the migrants paid about $540 each for transportation and the issuance of passports in order to apply for residential and employment visas.

“They were living and working illegally in Thailand’s Samut Prakan province and they were safely returned to Cambodia on Monday,” the statement said. “Cambodian authorities have informed the migrants to prepare their legal documents so that they may return to Thailand legally.”

In February, the National Police said that more than 13,000 Cambodian migrant workers were deported last year, most of whom had overstayed their visas or crossed the border illegally.

The National Police noted that many were also cheated by recruitment agents who promised them employment in Thailand.