Preah Sihanouk provincial officials yesterday said that they are targeting perpetrators believed to be behind land encroachment in the Poy Machov protected area in Prey Nob district’s Bit Trang commune.

Provincial Governor Yun Min said an investigation showed that land in Poy Machov, a protected area since 2002, was sold and bought by falsifying public documents.

Mr Min said that those who are illegally occupying the protected area must leave before August 5, noting that authorities will begin to take action against the settlements if residents failed to comply.

He identified the perpetrators as Nhak Kimtong, Cheam Chun and Moeung Srey Touch. Prey Nob district Governor Sar Kakada said yesterday that the encroachment of public land in the district occurred over the past two to three years. 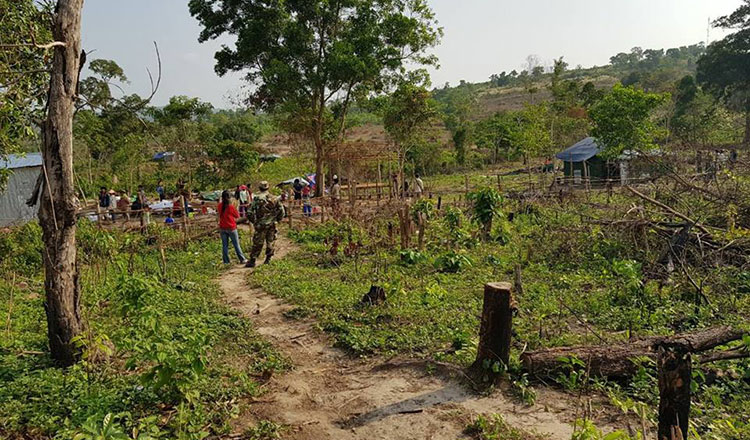 “E very day, security forces are deployed to safeguard the land,” Mr Kakada said. “But since we lack human resources, we find it difficult to prevent land grabs.”

Cheap Sotheary, a coordinator with rights group Adhoc, said yesterday that authorities should scrutinise the case carefully to root out and punishing corrupt officials who made the land grab happen.

“Provincial authorities should place large billboards surrounding prohibited areas to display warnings that state land is not to be encroached upon,” Ms Sotheary said.

Last month, Interior Minister Sar Kheng said in a directive to all provincial and municipal leaders to increase their efficiency in mediating, resolving and preventing land conflicts across the country.

Mr Kheng said at the time that solving these issues were imperative as the upcoming national election draws closer.