Home - Ratanakkiri officials yet to act in verbal assault case

Ratanakkiri officials yet to act in verbal assault case

A Ratanakkiri Provincial Court official said yesterday that no complaints have been filed against a couple that allegedly verbally assaulted a forestry official after their van was pulled over on Tuesday.

In a video posted on social media, the couple, identified only as Touch and Nath, verbally assaulted O’ Chum district deputy forestry chief Ton Vireakpheap shortly after they were stopped while travelling toward the Vietnamese border.

Ms Nath accused Mr Vireakpheap of overstepping his jurisdiction and that he was in the wrong for pulling the couple over.

“You are a savage,” Ms Nath said. “Everyone knows you as the fresh-faced killer.”

Ra Borany, spokesman for the provincial court, said yesterday that action will only be taken if a complaint was filed with authorities. 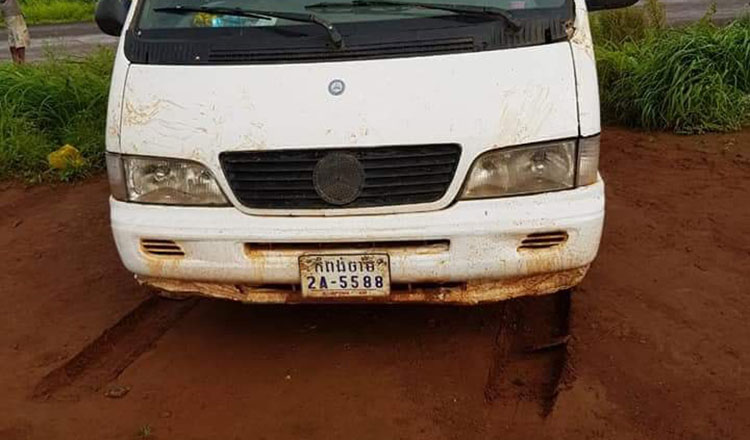 “I don’t know about the incident, no one reported it to me,” Mr Borany said. “We will only take action if there is a complaint from either party.”

Sam Vannak, chief of the provincial serious crimes bureau, said yesterday that he too was unaware of the incident until the footage went viral online. He added that Mr Vireakpheap was only doing his job.

“I was only informed when I saw the footage on Facebook,” Mr Vannak said. “Actually, cracking down on crime is not illegal and the forestry official was only doing what he thought was right.”

O’ Chum district police chief Hong Kimseng said yesterday that the couple is known in the province for smuggling timber.

“Who doesn’t know Touch and Nath? They have been in trouble with the law several times,” he said. “No one can do anything to them because they have powerful people backing them.”

However, he told local media earlier this week that the couple’s vehicle was suspected of transporting timber into Vietnam through Banlung city.

After giving chase, he managed to pull them over and slashed their tires with a knife to prevent them from fleeing. He said at that time, associates of the couple assaulted him, causing minor injuries.

Nigerians jailed for trafficking cocaine into the Kingdom