Kampong Thom provincial military police have been questioning a former officer since his arrest on Sunday evening over the posting of false news which affect the force’s reputation.

Sorn Samneang, the former officer whose services were terminated, was arrested for repeatedly posting allegations about the police on his Facebook page despite being warned to stop doing so.

Mr Samneang had claimed that he was unjustly dismissed after he had cracked a case involving more than 170 kilos of drugs in 2013, which he claimed belonged to a powerful individual.

Provincial military police commander Hang Thol said yesterday that after the arrest, police officers had been questioning Mr Samneang until yesterday evening and he has not yet been sent to court.

Mr Thol rejected the accusation of unjust dismissal hurled by the dismissed officer.

“In fact, at that time, he seized more than 100 kilograms of marijuana,” he said. “After seizing it, he hid the marijuana and did not report the matter hoping to extort money from the traffickers.”

“His unit later found out about this and punished him and now he claims injustice. No unit punishes anyone who has done a good job,” he added. 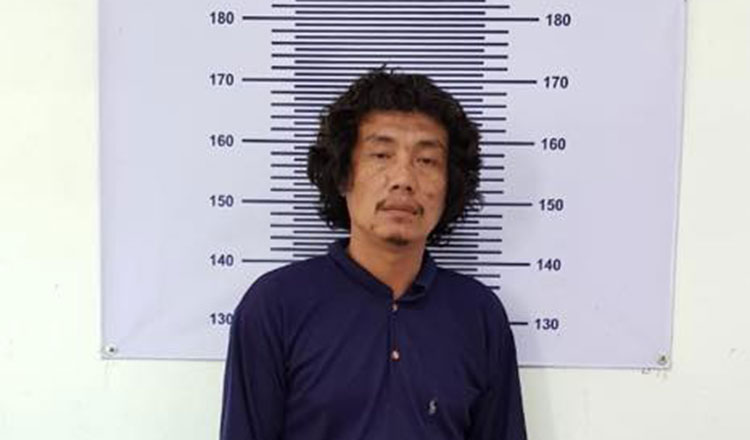 Mr Samneang’s mother, Prak Kim Heng, could not be reached for comment, but a woman who claimed to be her niece said over the telephone that Mr Samneang had been subjected to injustice and that his mother knew the details.

She said the mother was in shock over the arrest and did not want to comment.

Mr Samneang’s last live Facebook post on Sunday garnered 251,000 views, 17,000 shares and 11,000 comments as of yesterday. Most viewers who commented sympathised with him and called on the government and police to intervene in the case.

A social network user Sean Peter, who shared the video, asked: “Why don’t you investigate his allegations before arresting him?”

Another social network user Sum Channa said: “People across the country have been monitoring the case with great interest, so military police officers please get to the bottom of the problem.”

Military police spokesman Brigadier General Eng Hy clarified on Sunday that Mr Samneang had been taken to court several times for other offences, including causing a traffic accident resulting in a death, and shooting and using violence on relatives, while serving as an officer in Kampong Thom province.

He said that as a result, the military police disciplinary council decided to terminate his service in 2017.