Anti-drug police chief Lieutenant General Loeuk Vannak from the Interior Ministry identified the men as Mao Sithean, 29, and Vin Chanthy, 24, and the women as Vann Lin, 27, and Phan Pisey, 22.

They are accused of drug possession and trafficking and face a life sentence each if convicted. 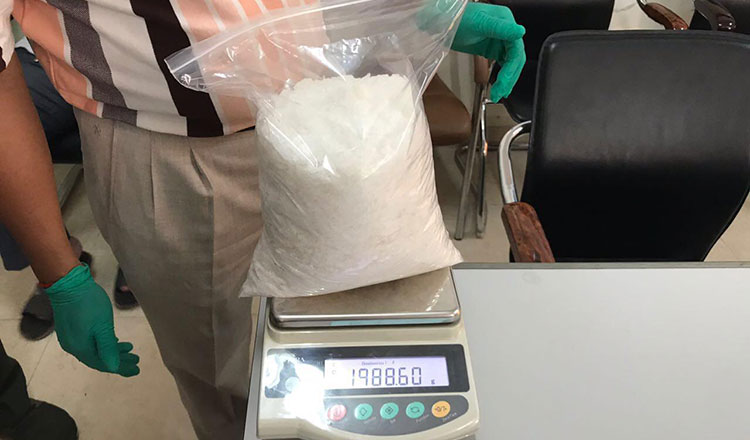 The trio’s confessions led police to arrest Mr Chanthy at his rental house in Dangkor district on Sunday, when police seized 999 grams of the drug from him.

A senior police officer in the ministry who asked not to be named confirmed yesterday that four suspects were still being temporarily detained at the ministry.

They will be sent to Phnom Penh Municipal Court for questioning today.

“Police are still investigating the case in order to arrest the ringleaders and other suspects involved,” he said.