MOSCOW (Reuters) – France overwhelmed Croatia 4-2 in the World Cup final at Moscow’s Luzhniki stadium yesterday to lift the trophy for the second time in 20 years.

The French, playing their third World Cup final, were made to sweat initially and were lucky to go ahead when Croatia striker Mario Mandzukic headed an Antoine Griezmann free kick into his own net in the 18th minute, the first own goal in a World Cup final.

Ivan Perisic levelled with a powerful shot 10 minutes later but the Croatia midfielder was then penalised for handball following a VAR review and Griezmann stepped up coolly to convert the 38th-minute penalty and put France 2-1 up. 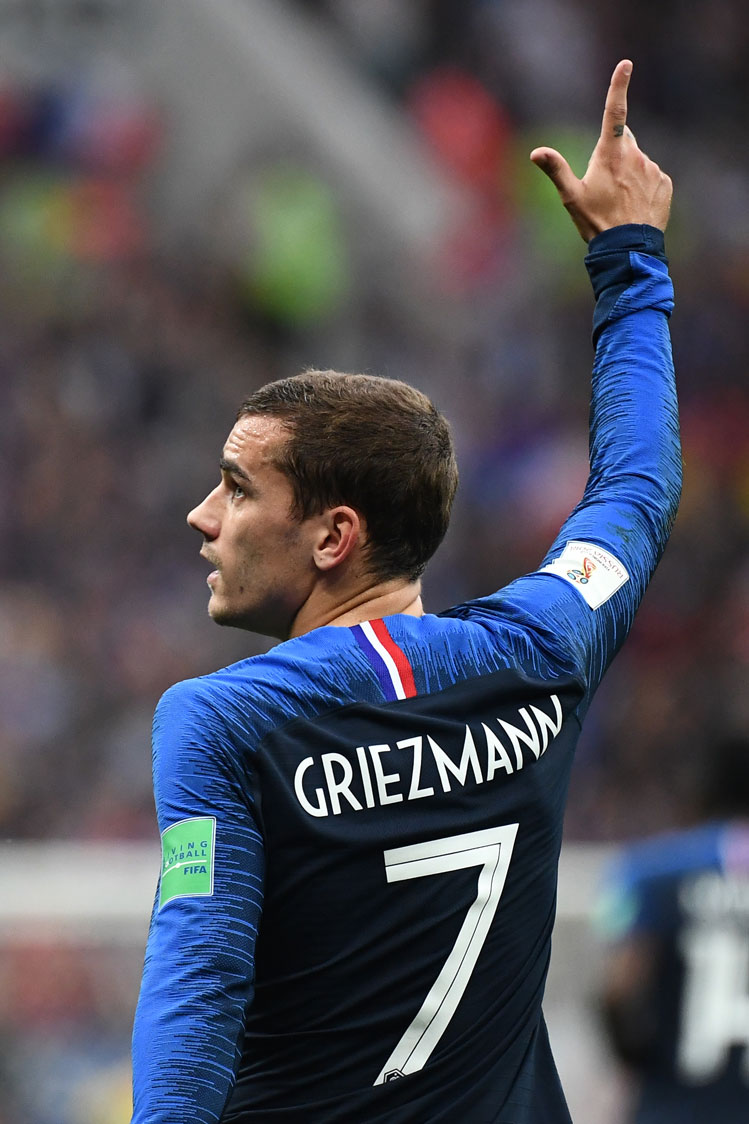 Croatia fought hard for an hour but gradually ran out of steam after playing extra time in their three previous matches, and goals from Paul Pogba and Kylian Mbappe gave France a three-goal cushion.

Mandzukic pounced on a mistake by France keeper Hugo Lloris to cut the deficit in the 69th minute, making it the highest-scoring final over 90 minutes in 60 years, but Croatia could not find the net again in their first World Cup final.

Four people briefly interrupted the the match when they ran onto the pitch. Olga Kurachyova, a member of the anti-Kremlin Russian punk band ‘Pussy Riot’, said she was one of the people who ran onto the pitch and that she had now been detained by the police.

Kurachyova told Reuters by phone she was in a police station at Moscow’s Luzhniki stadium where the final match, between France and Croatia, was briefly interrupted by four people who invaded the pitch.

They included at least one woman, while the men appeared to be wearing uniforms of security personnel.

Referee Nestor Pitana briefly halted the match between France and Croatia while stadium security staff chased down and then carried off the individuals. 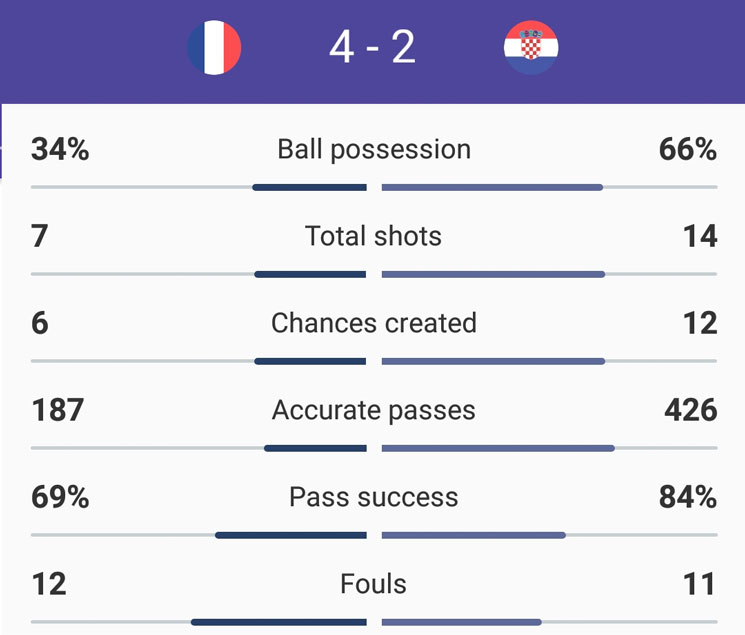