Cheng Heang, the province’s labour and vocational training department director, said yesterday that 46 out of 1,000 workers fainted and have been sent to hospital for medical treatment.

“The reason why is because of a lack of air flowing into the factory,” Mr Heang said. “So when the workers were conducting factory activities, they were having a hard time breathing.”

He said that following the incident, those affected were sent for emergency treatment at the Prey Chhor district referral hospital.

As for the factory, provincial officials have given management an order to improve the ventilation system in accordance with provincial standards and allow workers who fainted to receive treatment.

Kuoch Chamroeun, the provincial governor, visited the workers at the referral hospital and said that the workers are supported by the National Social Security Fund. 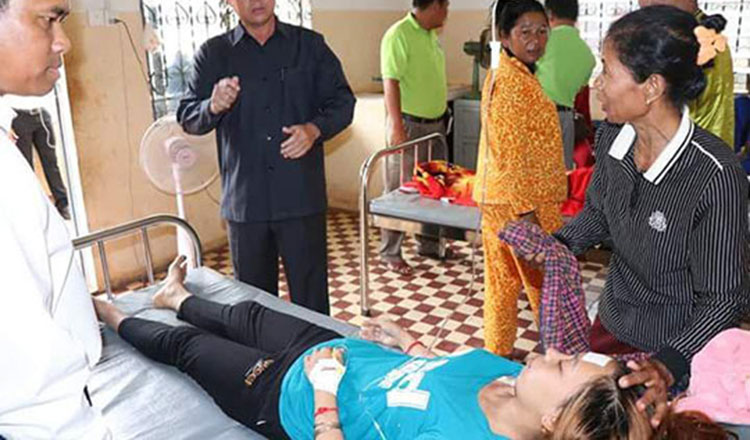 “Their condition is a lot better now and the NSSF has arranged food for them and their relatives to come visit,” Mr Chamroeun said.

The cause for Monday’s fainting was mass hysteria following one worker getting injured.

On Tuesday, workers in the same factory began fainting. Provincial health officials said that it was due to low blood sugar and exhaustion.

The National Social Security Fund has said that more than 1,600 workers fainted in 22 factories in 2017, an increase of more than 400 from the previous year.