Poipet city, Banteay Meanchey province – The sound of vehicles and crowds were deafening across this bustling border town near the Poipet International Border Checkpoint yesterday.

As a truck loaded with 40 people came to a stop at a migrant worker holding centre in the city, Cha Chhean, 32, holding her nine-year-old son’s hand, stepped out of the Thai truck.

Ms Chhean looked desperate as she was sitting at the holding centre with dozens of other deportees from Thailand, pondering what to do next.

“My husband and my younger brother went to Thailand with my fellow villagers through an unofficial checkpoint since Pchum Ben [in October],” Ms Chheang said. “We went to Thailand to work as construction workers because our family has a small plot of farm land, so if we do farming, we could not make ends meet.” 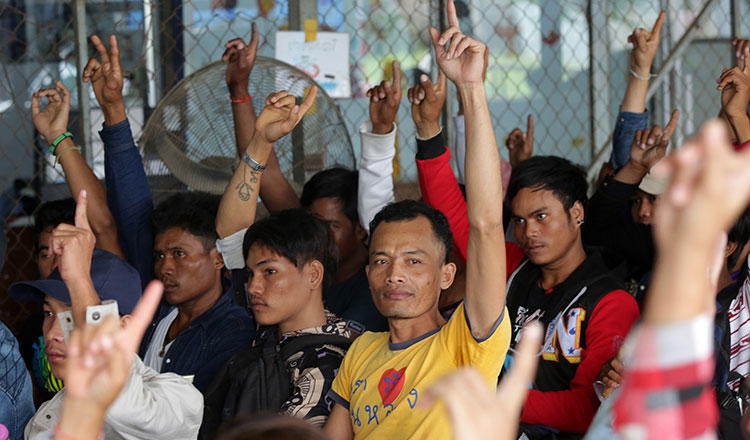 “We cannot do other jobs in Cambodia, so we decided to go to work in Thailand,” she added, noting she was able to earn about $250 per month.

Ms Chhean was one of thousands of undocumented migrant workers deported from Thailand this month after a deadline for workers to get legal papers passed on June 30.

Labour Ministry spokesman Heng Sour could not be reached for comment yesterday, but said before the deadline that 5,000 of 10,000 workers had not yet registered to get legal papers.

So far, more than 1,000 have been rounded up and deported since June 30, said Sin Namyoung, chief of the migrant worker holding centre in Poipet city.

“This month, more and more Cambodian migrant workers have returned from Thailand,” she added.

She said that last month, 6,932 illegal migrant workers, including 672 women and 173 children aged under 18, were deported from Thailand.

Ms Chhean, who hails from Siem Reap province’s Angkor Chum district, said in a choking voice that her whole family decided to sneak across the border to Thailand because her farmland was too small to feed the family.

The mother of two sons said that she had to leave behind one of her sons with her parents to seek a well-paid construction job despite the risk of arrest.

Ms Chhean said that she was rounded up with her husband, son and younger brother while working on a construction site in Bangkok for failing to produce legal documentation.

She added that she will go back to Thailand soon once she, her husband and younger brother apply for legal paperwork.

Another migrant worker, Pim Phalla, 21, from Kampong Thom province’s Stong district, said that she was in Thailand for a month before being rounded up after the Thai authority checked her construction site. 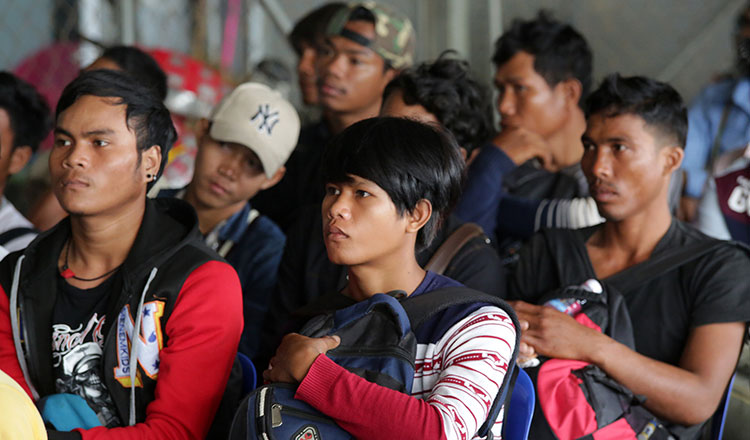 Ms Phalla said she also crossed into Thailand through an illegal border checkpoint with about 60 other villagers.

Several other migrant workers interviewed said that they had also left their children behind in villages because they were jobless and their farmland was too small.

Thailand first cracked down on illegal migrant workers last year, leading to a labour exodus that resulted in both governments coming to an agreement to issue legal paperwork to workers as they continued to work. 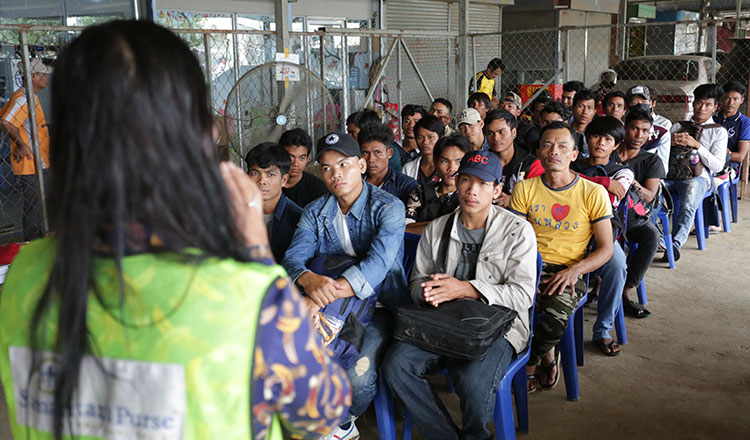 About 300 Cambodian officials were then sent to Thailand to aid migrant workers with the process that ended last month.

To stay and work legally in the country, migrants must hold work permits or temporary work permits known as pink cards.

Officials say about 1.18 million migrants had registered with Thai’s Labour Ministry, of whom 350,840 are from Cambodia, 59,746 from Laos and 777,217 from Myanmar, since the legal identification process began on January 16.

Chou Bun Eng, a secretary of state at the Interior Ministry in charge of anti-human trafficking, came to Poipet city yesterday and advised all migrant workers to apply for legal documentation if they wish to return to Thailand so that they do not face arrest and deportation. 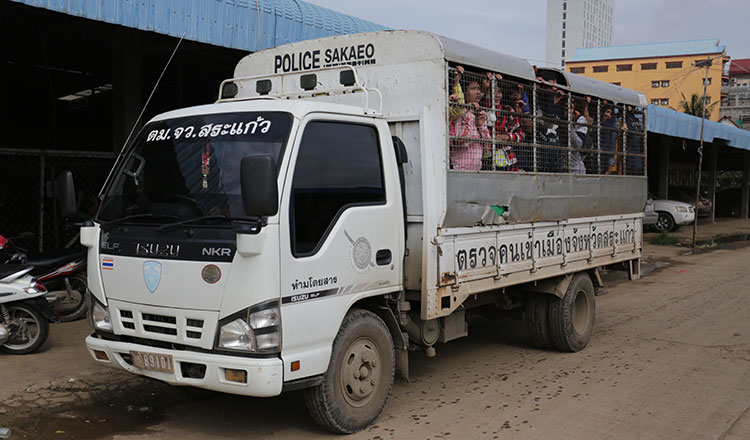 “If you go to work abroad, please follow the law because from now, Thai authorities will be strict on illegal migrant workers,” Ms Bun Eng said. “The Thai government, as well as the Cambodian government, cannot allow illegal workers.”

Last month, Labour Minister Ith Samheng was in Thailand to oversee the progress of legalising workers and met with his Thai counterpart. 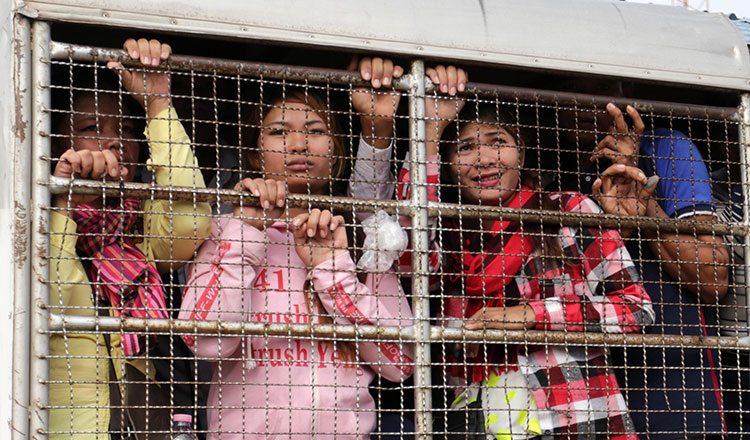 Thai authorities deported more than 13,000 Cambodian migrant workers last year, according to a report from the National Police issued in February.

All the deportees had overstayed their visas or crossed the border illegally. Some of them said they had been cheated by recruitment agents who promised them work in Thailand.