Former CNRP leader Sam Rainsy yesterday failed to appear for questioning at Phnom Penh Municipal Court over accusations that he insulted the King last month when he claimed a royal election letter was fake or written under duress.

According to a court order, Mr Rainsy was summoned to face a judge yesterday to clarify social media comments he made regarding the letter issued by King Norodom Sihamoni last month.

In the letter, King Sihamoni urged people to partake in the upcoming election.

“The election on Sunday July 29 will be free, fair, just, equal and a secret election in accordance with multi-party democracy,” the King said. “Please don’t be concerned about pressure, intimidation or threats by someone or any political party.” 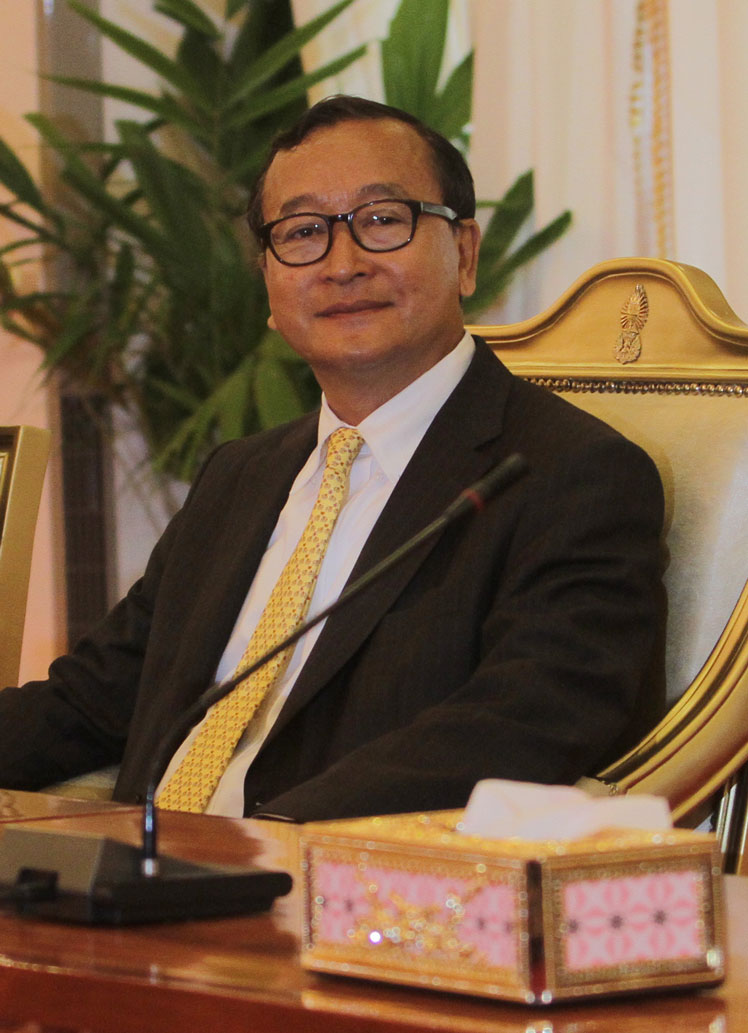 Mr Rainsy then took to Facebook last month to demonise the letter, claiming the King either issued it under duress or that it was a fake.

“The King’s letter that appealed to the people to go to vote on July 29 is a fake letter or the letter was made under duress from Hun Sen,” Mr Rainsy said.

Under the new law, those who defame the royal family face one to five years in jail and a hefty fine of up to $12,500.

Deputy prosecutor Sieng Sok said yesterday that Mr Rainsy and his lawyer never responded to the summons following its issuance in June.

Sam Sokong, a lawyer who has defended Mr Rainsy in court before, said yesterday that his client – who lives in exile – chose to ignore the summons.

“I am still handling Mr Rainsy’s other cases,” Mr Sokong said. “He is ignoring the court’s order and he asked me not to work on it. We don’t keep in touch as much as we used to – I’m sure that he’s busy overseas.” 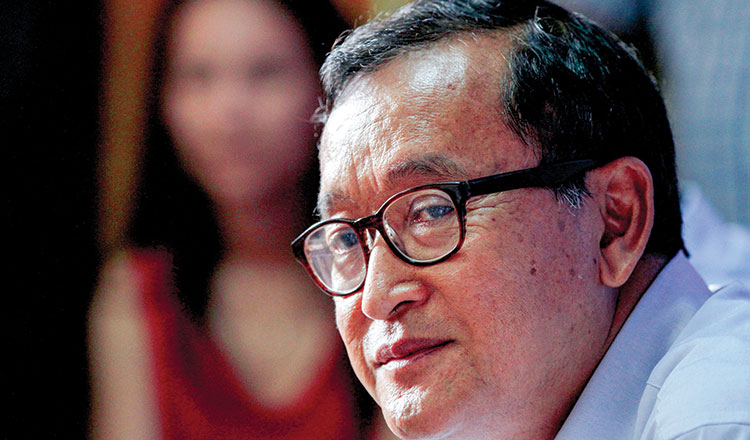 Following Mr Rainsy’s comments on social media, the Ministry of the Royal Palace issued a statement informing the public that the letter was not forged, nor was it written under duress.

“We must not believe those sold-out courtesans in the Royal Palace who are telling us lies,” he said.

The treason charges came after video leaked of Mr Rainsy allegedly agreeing to cede four north-eastern provinces to Vietnam’s Montagnards if he won the 2013 election.