Home - CYP campaigning from the shadows

CYP campaigning from the shadows

Kampong Cham province – As Cambodian Youth Party leaders struggle here to inform voters of who they are, distributing policy pamphlets and educating people on the CYP’s history, the established CPP is taking another tack: teaching villagers how to vote.

About 100 CYP members descended upon Prey Chhor district yesterday to distribute party leaflets, led by provincial executive director Ven Ratanak, who was met with surprise when telling villagers that he was a politician with the CYP.

Mr Ratanak said that in 2013, the former opposition CNRP was taking part in the election and villagers were much more engaged, whereas this year they seem indifferent.

As he tried to hand out his policy leaflets, which outlined the CYP’s stance on education, student loans, job opportunities, agriculture, and immigration, some villagers were bemused.

Motodop Mam Baty, 50, took the leaflet and began flipping through it before turning to a reporter once Mr Ratanak had moved on to ask: “Do you know who the president of this party is?”

“We are waiting to see who to support because there are a lot of parties,” Mr Baty added. “People are not familiar with all these new parties. I am looking at the CYP policies and they look good, with a focus on education, labour and poor students in need of loans.”

Mr Baty said that he personally wants illegal immigration addressed by the government in power.

“It is a good thing if they clean up immigration because so many immigrants flow into our country,” he said. “If we go into their country, we are automatically detained, but they come here no problem.”

Mr Baty said he thinks part of the problem is that the law on immigration is not being properly enforced because officials are lining their own pockets with bribes rather than upholding the law and processing legal fees to be contributed to the state. 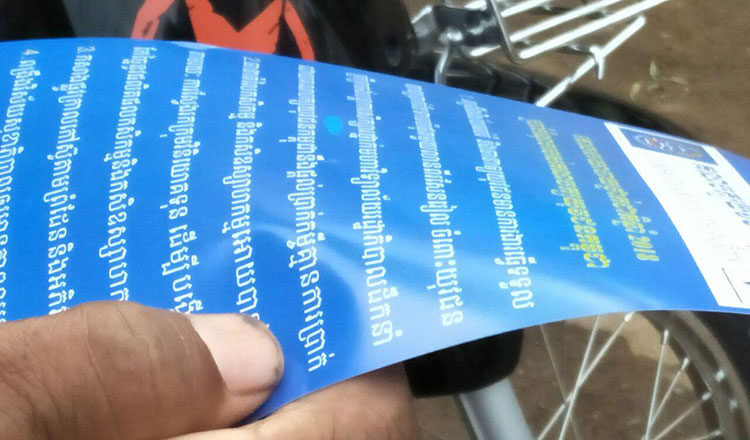 “Some money goes into their pocket and does not go to the national budget,” he said.

As Mr Ratanak continued his push in the district, he said that despite many not being familiar with his party, he remains confident that people plan to cast ballots on July 29 and that the CYP can win a few of the ten seats up for grabs in Kampong Cham.

“They are not so engaged like in 2013, but they will still exercise their right to vote,” he said. “It is up to the people to cast ballots and uphold democracy because the power of the citizen is the right to vote.”

There are a total of 20 political parties contesting the national election this year, up from eight in the 2013 election and 11 in the 2008 poll.

As the CYP explained its existence here yesterday, the ruling CPP was in a neighbouring commune in the district where all villagers already knew the party and were being taught how to vote. 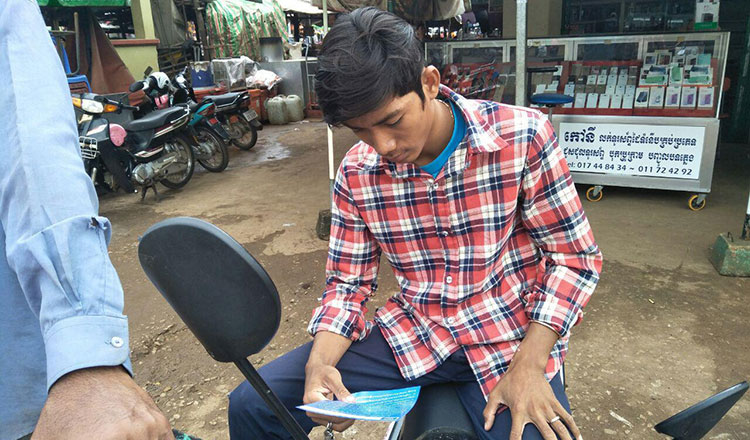 Chheang Heang, the CPP Chrai Vean commune chief, said that a working group was visiting villagers to educate them on where to vote and how to vote.

“We are explaining to them how to correctly tick the ballot box to abide the National Election Committee rules,” he said, noting that the CPP holds the last spot on the ballot and voters are also being informed of this.

“Some have voted in past elections and some have not. We’ve just told them how to tick the box,” he said. “And that if they like the CPP, to tick the last box.”

Farmer Choem Phun, 68, said that she was visited by a CPP member and taught how to tick the ballot box.

“We live in a rural area and we will tick the box for any party that we think is good,” she said.

“It is a good thing to teach voters on how to correctly cast their ballots,” he said.