A 45-year-old former CNRP supporter and farmer was arrested yesterday for allegedly destroying a banner of the ruling CPP in Takeo province.

The CPP had put the banner up near a road in Bati district’s Khna Thom village. 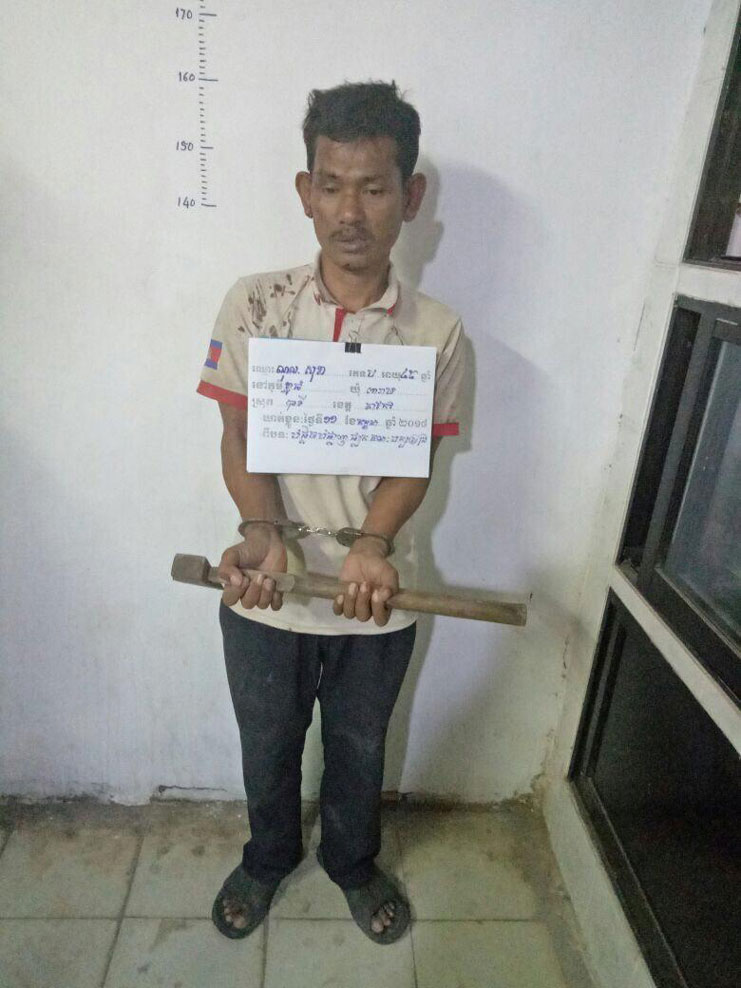 “He was angry at the chief of Pheaream commune for putting the CPP banner where the CNRP banner used to be,” Mr Vannak said. “He then took a machete and hacked the banner many times, causing serious damage. He was arrested by local police on duty there.”

Mr Vannak said police confiscated the machete from him. Mr Sokha was accused by police of intentionally causing damage, which carries a jail term of up to two years.

He was being held at the district police station and would be sent to Takeo Provincial Court for questioning today.