PARIS (AFP) – The French national anthem La Marseillaise, chants of “We’re in the final” and a cacophony of car horns and fire crackers rang out over Paris as residents of the capital celebrated France’s march to the World Cup final.

A crowd of 20,000 gathered to watch Didier Deschamps’ team beat Belgium 1-0 in their semi-final in Saint Petersburg on a giant screen at Paris’ historic Hotel de Ville, or town hall.

With viewing space at a premium every vantage spot was occupied – with fans perched on trees, on top of vans, on dustbins and bus shelters.

Samuel Umtiti’s decisive goal in the 51st minute triggered the waving of a sea of tricolor flags as ecstatic supporters – many in the national team’s colours – kissed and hugged and danced.

“We are so proud to be French tonight!” Alia explained as fire crackers exploded on the cobblestones. 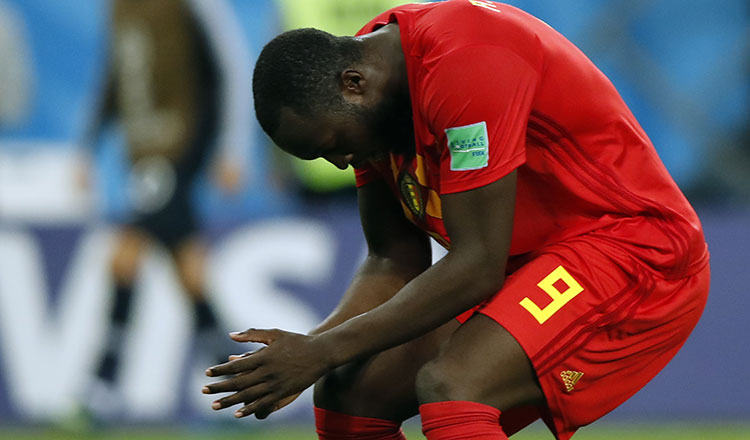 Motorbikes, cycles, cars, dustbin lorries – they all came to a standstill to join in the celebrations. With France under high security since the November 2015 terror attacks the fan zone at the town hall was policed by over 1,200 members of the security forces.

Fans, who had climbed on top of buses gingerly inching their way through the crowds, were dancing and waving flares and flags, as the bus driver fought a losing battle to get his passengers to their destination on time.

“I was 18 years old in 1998, it was one of the most beautiful nights of my life. We’ll repeat that this Sunday,” said Sebastien. 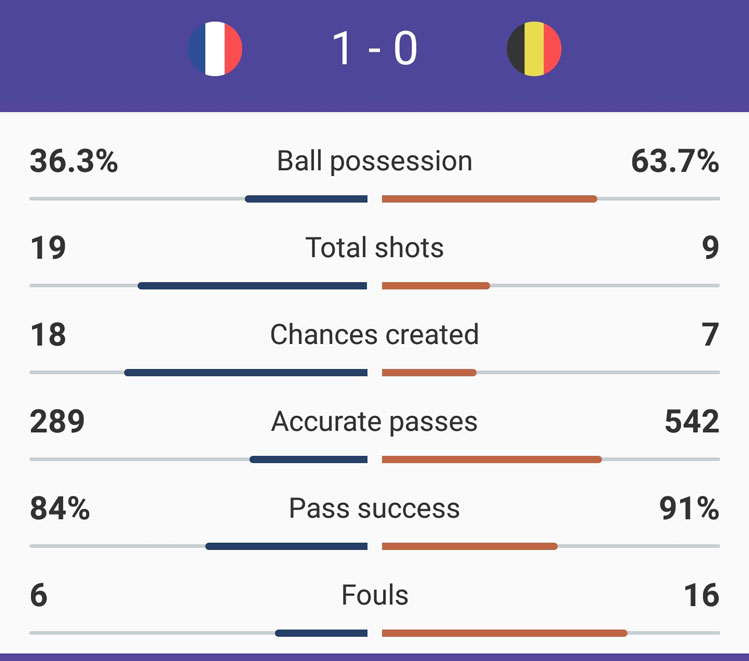 “This team is fantastic,” he said, beaming.

“Boys, we’re world champions” one man in his 30s was heard telling his mates. “Stop that, you’ll bring us bad luck” he was reprimanded before the group of friends broke out into the chant of the night – “We’re in the final”.

Meanwhile, Belgium coach Roberto Martinez said luck was against his side on the night.

“It was a very tight game. There were not many big moments that were going to decide the game and it came down to one dead-ball situation,” said Martinez of the 51st-minute goal that separated the sides.

“We had the ball and I think we have to give a lot of credit to France for the way they defended – they were very deep, they gave us a lot of respect in that way and yet we couldn’t find a bit of margin in front of goal, a little bit of luck.

“That was the difference, but if you’re going to lose, I’m so proud of the players. You have to accept it and congratulate France and wish them luck in the final.”