Four union leaders from the Cosmo Textile company in Kandal province have been freed on bail after nearly five months’ detention over allegations of violence and property damage during a protest.

The four deny causing damage and supporters say the company’s complaint was aimed at breaking the union by impeding the work of the four and leading to their sacking.

Chhean Sovann, Moeun Chhit, Phan Savy and Lok Neang were arrested over destruction of property allegations following a complaint from the factory.

“We are so happy,” he said. “We want to thank the Minister of Labour for his intervention.” 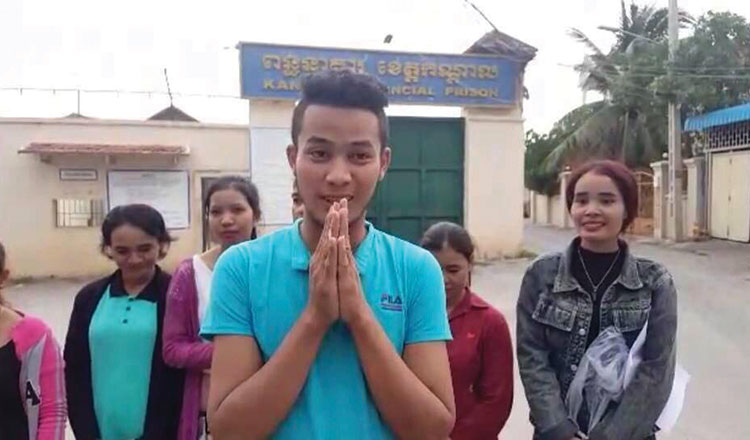 “They are happy to meet their families after being in prison for nearly five months,” he added.

In February, Mr Sambath and more than 200 workers from the factory demanded the Kandal provincial court release the four.

The protest by the workers in support of the union leaders led to the Labour Ministry reviewing the case.

Seu Ser, a garment worker at the factory, said her colleagues were happy that they were freed.

“We protested to demand their freedom because they were not at fault,” she said.

Mr Sambath said the factory was trying to break the union by impeding the work of the four leaders and sacking them, which resulted in workers going on strike.

At that time, the factory did not allow workers to go inside and locked the front gates, prompting workers to pull down the gate and resulting in police arresting the union leaders.

He said the company’s action was to harm the union and find an excuse for dismissals.