An elderly man was killed by a train operating between the city centre and Phnom Penh International Airport after falling on the rail in Sen Sok district’s Toek Thla commune yesterday morning.

Commune police chief Sok Sophal identified the 69-year-old victim as Sok Seng, a beggar who had been walking on the road beside the track at about 9am.

“He was walking and begging along the street when a passing truck blared its horn, startling him and causing him to fall onto the track while the train was running,” he said.

Mr Sophal added that the victim’s body is being kept at Teuk Thla pagoda for the family to organise a traditional funeral. 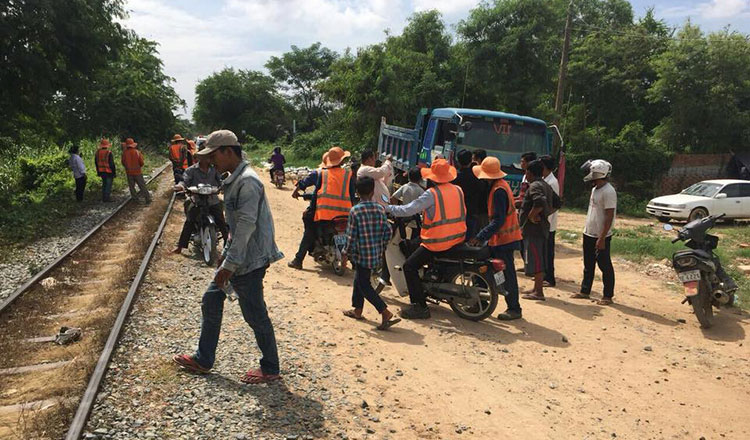 The railway line was launched on April 10 in an effort to ease traffic flow and facilitate travel between the city and airport.

However, there have been several cases of pedestrians or motorbike and bicycle riders slipping and falling onto the track, prompting the Transport Ministry to order the Royal Railway to investigate.

Ministry spokesman Ly Borin said yesterday that investigators found oil spills and sand on the road beside the track and this caused people to slip, especially when it rains.

He added that the ministry had been educating people on how to walk safely when a train was passing and appealed to residents to ensure that children and the elderly did not run or walk too close to the track.

Man charged with torching own house