The Labour Ministry yesterday released a statement suggesting all employers across the nation pay a cash advance to workers to ease their financial burden prior to election day.

The statement said that all companies are recommended to pay employee wages before July 27, two days before voting day.

In the statement, Labour Minister Ith Samheng said that companies should pay at least 50 percent of employee salaries to make it easier for workers to vote.

“The ministry hopes that company owners will implement this recommendation effectively to ease the burden for voters,” Mr Samheng said.

Kaing Monika, deputy secretary-general with the Garment Manufacturers Association in Cambodia, said yesterday that GMAC will distribute the information to all of its members.

“This is a directive from the ministry which is in charge of the labour sector, so we have to comply with it,” he said. “The association will make sure that this information from the ministry reaches all garment factories who are our members.”

Last month, the ministry announced that workers should get a three-day paid leave to vote in the national election. The ministry said at the time that it was to make the voting process easier for workers, many of whom must travel to their homelands to cast ballots.

The decision was made following a request by the National Election Committee, which had noted the travel times facing many workers.

Chan Thoeun, a factory worker, said she hopes employers follow through on the suggestion to pay workers early. Most workers are paid after the first week of each month, she added.

Ms Thoeun noted that she would use the early pay to travel to her designated polling station.

“If employers pay us before election day, it is better for us,” she said. “It will make it easier for us to vote because some of us have to travel.”

Last month, Prime Minister Hun Sen ordered the Education Ministry to instruct all universities to provide students a three-day break so they can vote in the national election as well. 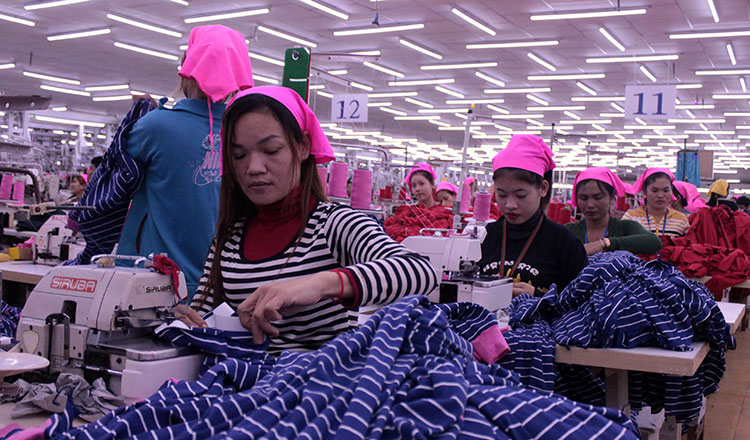 “The Education Ministry should announce this to all universities,” he said.

At the time, Mr Hun Sen also spoke with the Garment Manufacturers Association of Cambodia about the same issue.

Pit Chamnan, a secretary of state at the Education Ministry, said yesterday that students are to be given the days off from July 28 to July 30 to travel to their hometowns in order to cast their ballots.