Hundreds of workers faint at factory

One worker caused massive hysteria on the Pontus Footwear factory floor yesterday, prompting factory owners to give a rest day for 249 workers after they fainted, officials said.

According to a National Social Security Fund statement issued yesterday, the mass fainting began when one worker injured herself while sewing fabric.

“One worker pricked her finger and she shouted, causing mass panic and many workers began fainting,” the NSSF statement said. 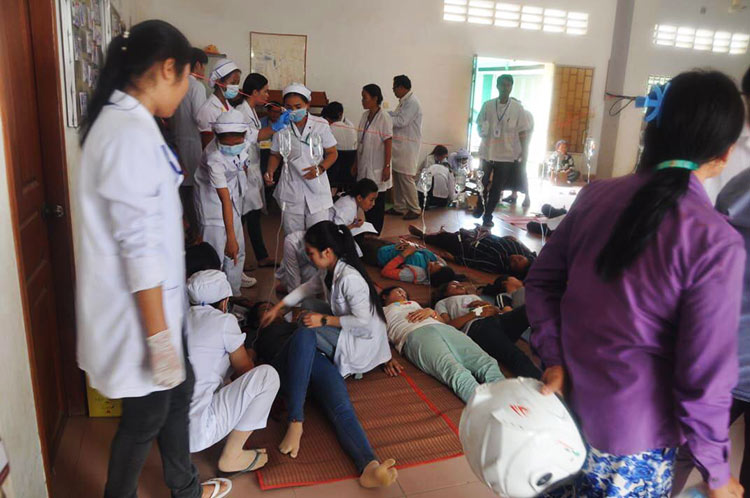 Mr Samnang said that the workers were sent to hospital for medical examination.

“They were sent to hospital for immediate medical treatment,” he said.

Khun Tharo, a project officer at the NGO Central, said yesterday that employers are required to give workers a day off after mass faintings. Mr Tharo said that employee rights must be upheld during medical emergencies.

“The employer must allow them to get paid rest because the incident happened during working hours,” he said.

According to the NSSF, all hospital fees were covered, while the owner of the factory allowed workers affected to have a rest day. More than 4,000 workers are employed at the factory that produces shoes. 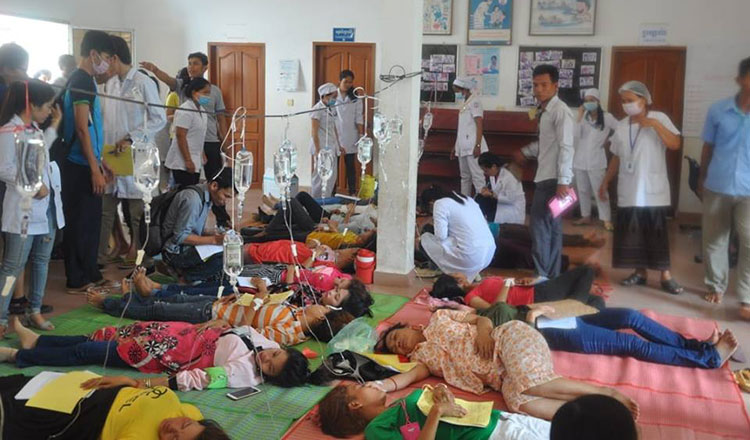 In a separate incident on Saturday, more than 300 workers fainted at a leather factory in Kampong Chhnang province after a worker collapsed with a fever.

In 2017, more than 1,600 factory workers fainted, according to the NSSF. In January, the Labour Ministry drafted guidelines for factory owners to prevent workers from fainting.