Commemorating the National Arbor Day in Kampot province’s Toek Chhou district, King Norodom Sihamoni yesterday planted 12,500 tree saplings across ten hectares of land. with the help of government officials and about 5,000 members of the public.

The King said that the environment plays a vital role in sustaining life on earth and therefore should be protected.

During the event, King Sihamoni appealed to all Cambodians to continue planting trees due to their significance as a natural resource and ability to contribute to the well-being of human beings. 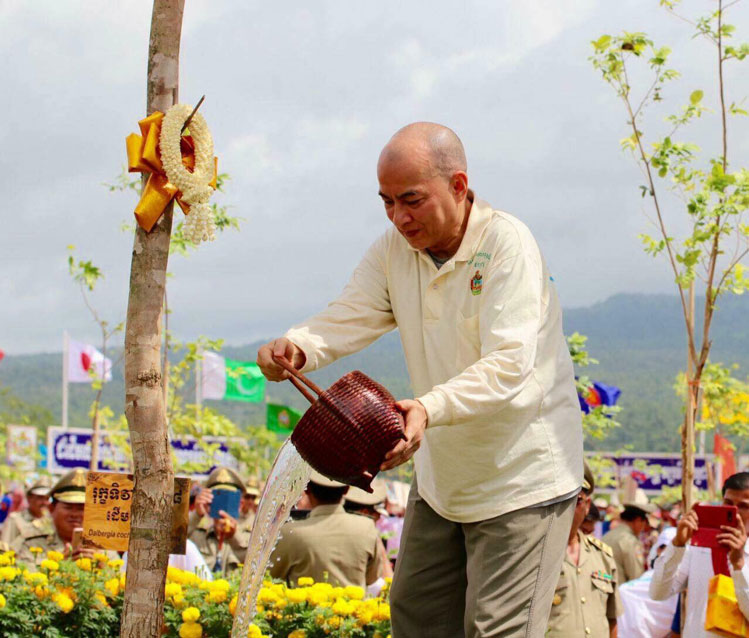 “It would be great if we all could restore our trees and conserve this vital resource by encouraging others to participate in planting trees across the nation,” the King said.

Agriculture Minister Veng Sakhon said yesterday that the event was part of the ministry’s efforts in curbing climate change and global warming.

“I appeal to people to cultivate trees and take care of our forests and natural resources, especially for the next generation,” Mr Sokhon said. 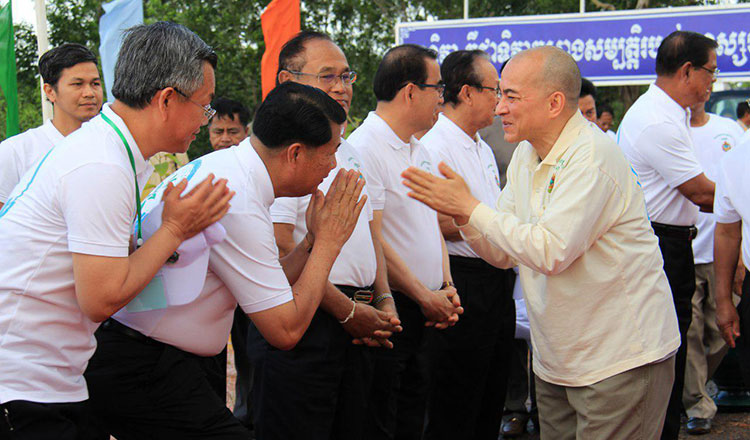 The Environment Ministry’s climate change department passed a new regulation in 2015 to cut greenhouse emissions by 27 percent by 2030. The ministry also said at the time that it is aiming to increase forest cover to 60 percent by 2030.

Hundreds of workers faint at factory

Fire rips through factory in capital