Provincial Governor Yun Min said yesterday that the six were detained Saturday evening after they led a number of families to illegally build small cottages on the land.

“As a policy, we completely prohibit illegal occupation of state land. It is a difficult situation for us, as we do not want to punish them,” Mr Min said “We had warned them but they did not listen, so we are letting the law take its course.”

He urged people to respect the law and avoid encroaching on public land, forest reserves and other natural resources or face legal action.

Mr Phorsda said that while they were being detained temporarily, two women had health problems and were sent to hospital.

A third woman, Ms Chhunleang escaped while police were helping the other two. 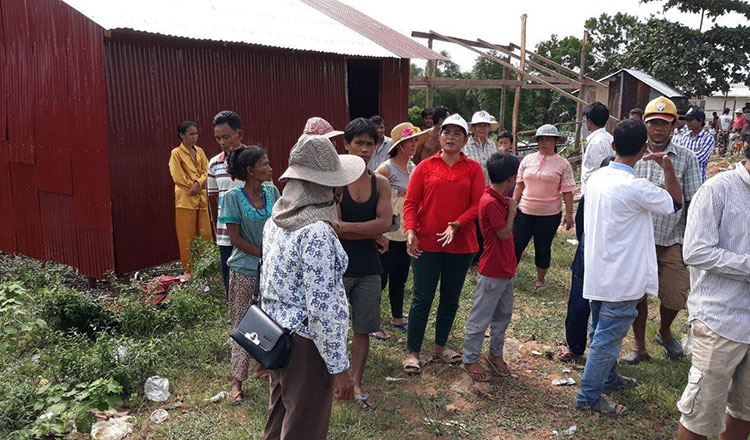 “The remaining three have been sent to the Preah Sihanouk provincial police for further action. As for the two women who had health problems, police have asked their families to guarantee that they will not flee while recovering at home so that they can be summoned for further questioning.”

Mr Phorsta said that when questioned, the six admitted building houses along the sides of the railway line without permission from the authorities.

Cheap Sotheary, rights group Adhoc’s coordinator, said that based on observation and information received from the public there were cases involving land grabbing where brokers and some provincial officials have conspired to sub-divide private land into plots to sell for between $500 to $1,000 each for small houses to be built.

“Some people occupied the land, and some sold to others who did not know it was illegal,” Ms Sotheary said. “Most of these buyers were poor and bought the land because it was cheap. Their illegal homes were demolished.”

She urged provincial authorities to investigate and punish corrupt officials and place large billboards, in prohibited areas, which outline the punishments for grabbing state land.

Preah Sihanouk provincial authorities have several times in the past warned of legal action against people and any brokers who continue to grab state land illegally to build houses or sell plots.