Cambodia and Thailand on Friday concluded negotiations on the transport of goods and people by train across their shared border, with an official agreement expected to be signed in upcoming months.

The ball is now on Thailand’s court, according to Cambodian officials, who said they are now waiting on their Thai counterparts to hold internal discussions before a final agreement on cross-border rail transport between the two countries can be signed.

The last section of the western rail line, a railroad that stretches from Phnom Penh to Poipet, in the border with Thailand, was completed last week. The railway systems of both countries have already been unofficially connected, but to begin transporting goods and people across the border, the countries must first reach an agreement on cross-border rail transportation.

“Today we completed discussion on the three unresolved points. Thus negotiations have ended,” Sun Chanthol, the Cambodia Minister of Transportation, told reporters after his meeting Friday with Arkhom Termpittayapaisith, his Thai counterpart.

The Cambodian minister added that the signing of the agreement is expected soon, thou he failed to provide a concrete time frame. 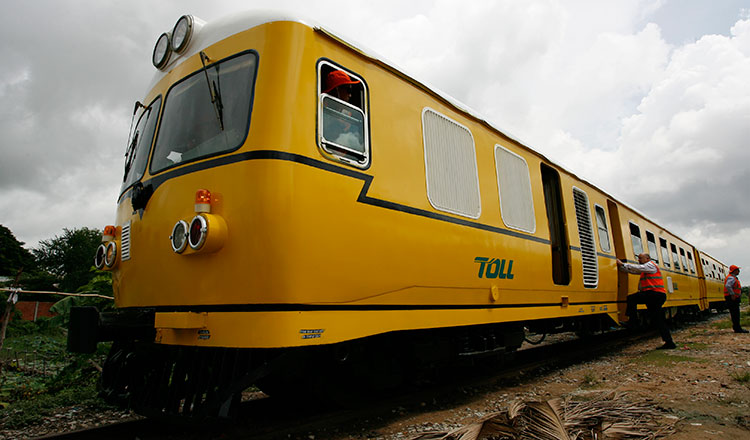 According to the minister, a working group with officials from both nations has been established to conduct negotiations on a few remaining details, including the procedure to be followed when transporting goods across the border and the amount of cargo that will be allowed to enter each country per day.

Mr Termpittayapaisith confirmed Mr Chanthol’s comments, saying that he expects an official signing ceremony for the agreement to take place in “the next few months”.

“Connecting our railway systems will boost trade in a wide range of products, including oil,” Mr Termpittayapaisith told journalists.

“It will enhance trade and investment between the two countries, and foment traveling from one country to the other.”

Mr Chanthol said Cambodia will receive three carriages and a train engine from Thailand, given as a donation, during the agreement signing ceremony.

Trade between Cambodia and Thailand was $6 million last year. Cambodian exports to Thailand were valued at $900 million.