Speaking to garment workers in Kandal province, Mr Hun Sen said the government would not conduct a probe into the HRW accusations.

“There is no investigation into the allegation made by the outsider,” he said. “If a Cambodian person sues any individual, then we will follow the court procedure, but you are foreigners and you accuse my people of doing wrong.”

“You should point the finger at your president over what is right and wrong, not at Cambodian leaders,” he added.

It also accused Mr Hun Sen of orchestrating repression against his opponents.

“He has remained in power by creating a cadre of a ruthless member of the security forces to implement his vision and orders,” the report said. 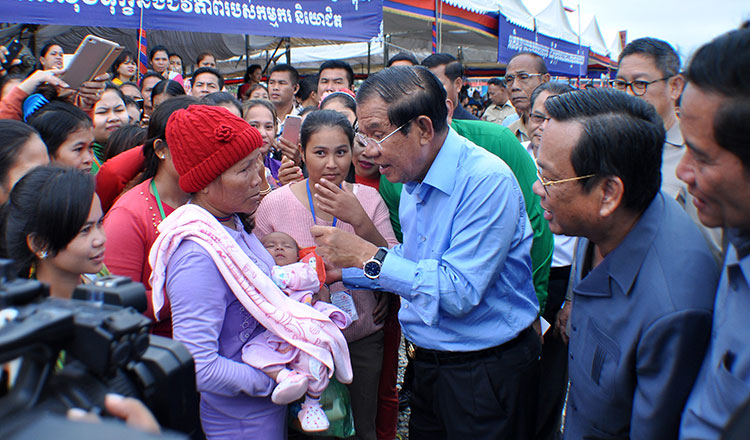 Brad Adams, director of Asia Human Rights Watch, said in an accompanying statement that the generals had served in government positions that paid modest salaries but had amassed great wealth.

“The importance of Cambodia’s generals has become even more apparent ahead of July’s election as they engage in crackdowns against journalists, political opponents, and anti-government protesters – and openly campaign for Hun Sen,” Mr Adams said. Yesterday, Mr Hun Sen also threatened to have Mr Adams barred from the Kingdom.

The Prime Minister added that foreigners had in the past killed many Cambodians.

“Now we do not allow you to be the boss of Cambodians any more,” Mr Hun Sen said. “Don’t forget that Cambodia is not under the jurisdiction of your laws.”

Mr Mong Hay, the political analyst, said that every time a foreigner delivered bad news, Cambodian leaders denied them entry to the nation.

“Our country risks becoming a hermit kingdom like North Korea, or worse, falling back into times like the Khmer Rouge’s rule, which is not good for our people,” he said.