More than 20 garment workers in Kampong Speu province were hospitalised yesterday after the truck carrying them to work overturned as its driver made a dangerous manoeuvrer in Korng Pisey district.

District police said that the driver of the truck fled the scene after the accident, which occurred when the driver attempted to overtake a vehicle on the way into Phnom Penh and had to evade an oncoming tuk-tuk. 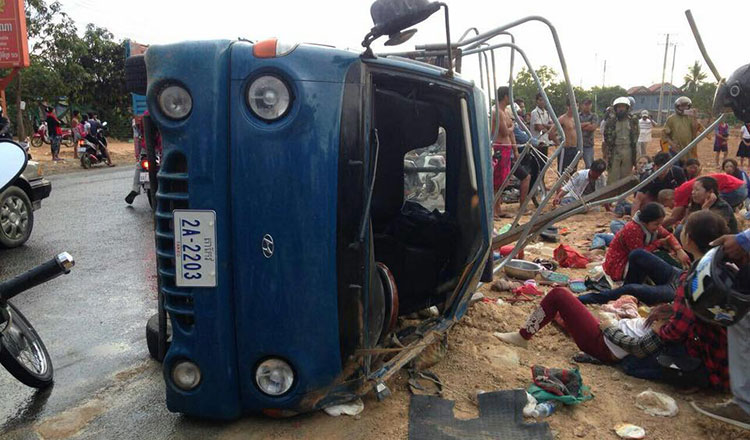 “The injuries ranged from slight to serious and we can’t determine the exact figures yet because they were rushed to hospital,” Mr Sun said. “As far as we know, no one suffered broken limbs, just bruises.”

He noted that the truck driver lost control when he saw the tuk-tuk on the opposite side of the road, causing the truck to overturn.

Puth Sokunthea, chief of Tbeng commune police, said that the truck was overloaded with more than 40 passengers and the driver was driving recklessly.

“We could not arrest the driver, so we don’t know if the driver had a license,” Mr Sokunthea said.

He added that the workers were sent to various hospitals in Phnom Penh and that the police are looking for any information that could lead to the identification of the truck driver. 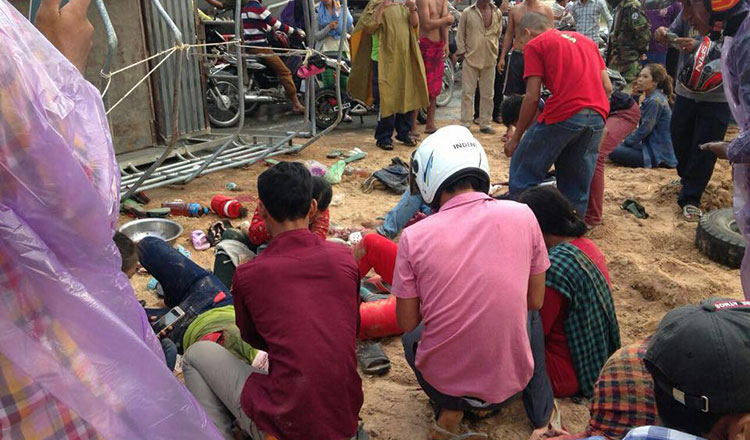 According to a report by labour rights group Central, the driver was carrying workers to the Moha Garment factory and was speeding because he was late.

Earlier this year, the Labour Ministry announced plans for a national policy to curb the number of traffic accidents involving garment workers.The policy would encourage employers and truck drivers to prioritise road safety. 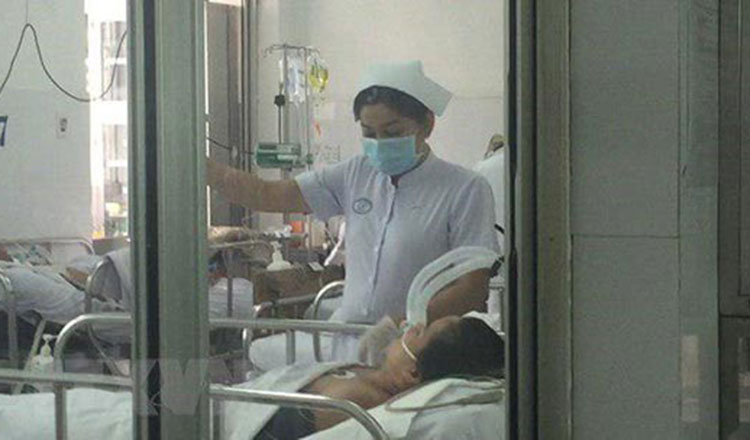 In May, the NSSF found that 20 percent of factory truck drivers did not have a license.