Home - Masseuse gets 30 years in jail for murder

Masseuse gets 30 years in jail for murder

Kandal Provincial Court yesterday sentenced a masseuse to 30 years in prison for stabbing her boyfriend dead after having sex in order to steal his belongings to support her imprisoned husband.

Mr Sopheap was also an officer with the 911 Special Forces Regiment and the owner of a massage parlour in Phnom Penh’s Por Senchey district. He was murdered on January 21 at the Samnang Nash Guesthouse in Kandal province’s Ang Snuol district.

Ms Nan admitted to the crime during her trial on Friday.

“Based on the trial and the accused’s confession, the court finds her guilty as charged,” Judge Samphors Serey said.

The judge said the accused was arrested on January 24 at her rental house in Phnom Penh, when police confiscated a stolen motorbike from her. 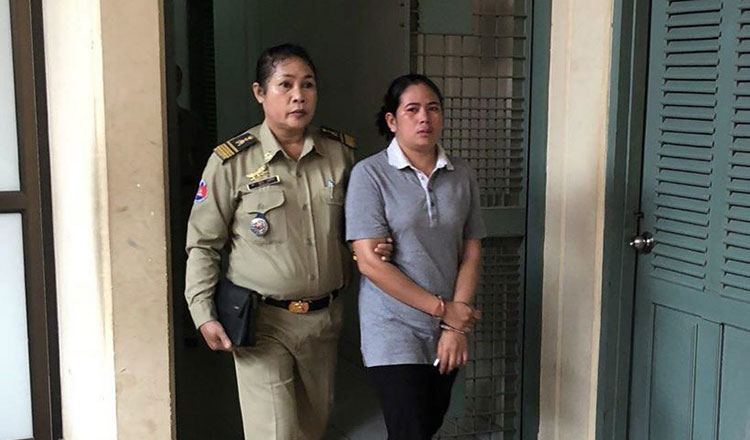 During the trial, the accused told the court that she was the victim’s girlfriend and worked in his massage parlour. She said she killed the victim by stabbing him several times while he slept after they had sex in a guesthouse room.

“I killed him because I wanted to steal from him in order to help my imprisoned husband and to pay my debts,” she said. “My husband had been arrested and jailed for drug trafficking. I also owed a lot of money to many people. I did not have money to support my jailed husband or to pay for the debts.”

“So, I plotted to kill my boyfriend and steal from him and settle my debts,” she added.

She said that after killing him, she stole his money, mobile phone, jewellery and a luxury motorbike.

According to victim’s family, she stole $1,200, a platinum necklace, a gold ring, and a Honda Dream motorbike.

According to a police report, the pair travelled from Phnom Penh to the guesthouse on the day of the murder to have sex at about 3pm.

At about 5.30pm, the accused came out alone from the guesthouse and rode off on the victim’s motorbike.

Chan Soknim, the guesthouse cleaner, became suspicious and went to check the victim’s room. She found the victim’s nude body on the bed.