Hatred, anger and revenge drive a person to do cruel things and hurt other people. However, these emotions vanish gradually as soon as one finds the truest and most sincere kind of love.

A beautifully written romance-fantasy novel by Mao Samnang, Water on Lotus Leaf (Teuk Ler Sleuk Chhouk in Khmer) follows the story of a rich guy who plots revenge against a family who he thought destroyed the happiness of his own family.

Phiran, a rich businessman, hires Sara, the daughter of the person he wants to take revenge on. Phiran initially plans to trick Sara and later hurt her.

But Sara, a beautiful and kind woman, tries her best to do good as the personal assistant of Phiran. Despite his boss’ cruelty, she continues to strive hard at work, and make her mother happy with her success.

Phiran sees that Sara has remained kind and soft-spoken even after he has shown her unfair treatment. This is how he realises that Sara is really a good woman, far from how he imagined her to be. Phiran discovers that Sara is trustworthy, persistent, honest and hardworking – traits he found surprising especially because Sara comes from middle-class family. 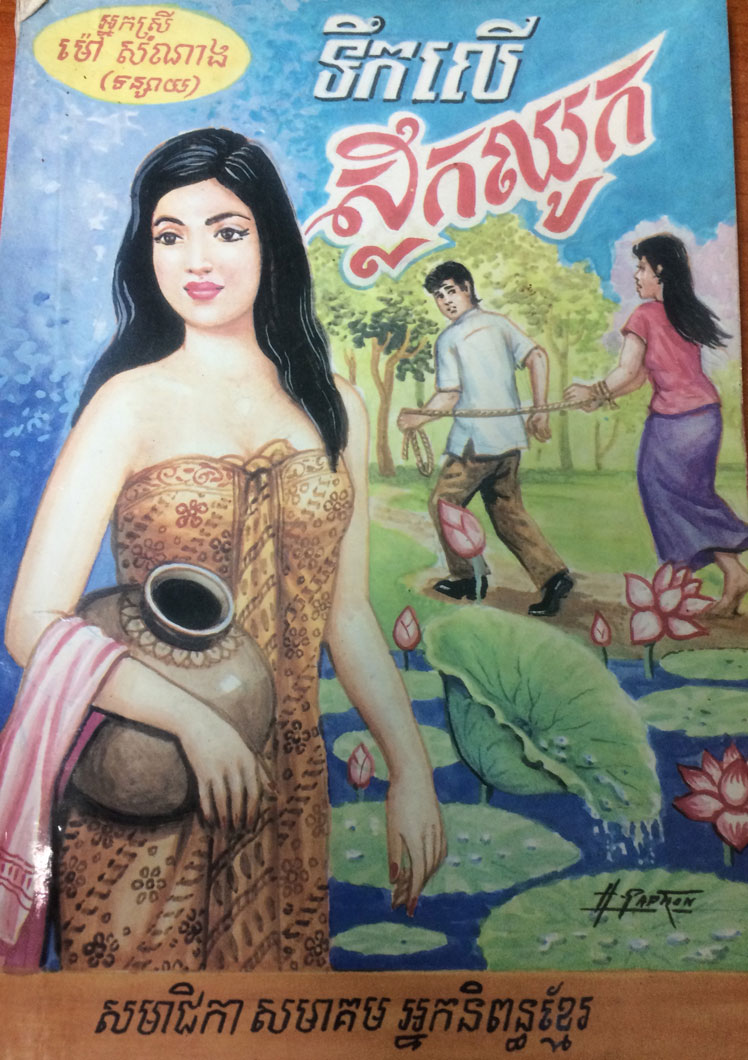 One day, Sara gets hurt in an accident after work. She is fortunately rescued by Phiran’s best friend, Makara. Upon hearing what happened to Sara, Phiran immediately leaves all his pending works and goes to visit Sara. He cooks food and takes care of her. Phiran knows that he has fallen deeply for Sara despite the very fact that he already has a girlfriend.

He confesses his feelings to Sara during a company trip to the province. Though Sara knows deep inside that she feels the same way, she also knows it’s not going to be an easy love journey with her boss. And the fact that Phiran’s girlfriend is annoying and possessive makes her cringe.

Phiran’s strong love for Sara makes him jealous every time he sees Sara talk or walk with other guys. Out of jealousy and confusion, he walks away.

After Sara’s mother passed away, Sara tries to meet Phiran to tell him his real feelings. Sadly, Sara learns that Phiran only pretended to be in love with her just so he can get his revenge. She feels devastated, and hated herself for loving the man who heart is filled with hatred and cruelty.

With so much pain, Sara decides to leave.

To know where Sara is going, or see what happens to Phiran and Sara’s story, do grab a copy of this book from the Scholar Library.

The War of Art: Break Through the Blocks and Win Your Inner Creative Battles