Three political parties contesting the election yesterday slammed the government, accusing it of abusing human rights, and forcing voters and youths to refrain from political participation.

The allegations were made yesterday by representatives of the Cambodian Youth Party, Khmer Will Party and Khmer Rise Party during the second roundtable discussion moderated by Khmer Times.

CYP president Pich Sros said that his party’s supporters were discriminated against and threatened when they asked for public services in villages administered by CPP officials.

“Some of our young supporters were warned that they would be ineligible to receive public services, especially administrative papers in the village, if they join the CYP,” he said. “They were told that they would not get any benefits if the ruling party remains elected.”

He said his supporters were forced to cease taking part in the party’s activities, meaning that they could not exercise their right to join politics or express their opinions.

The three parties also debated migration policy and social issues that they believed the current government failed to address.

“Numerous graduates could not find jobs in the country because the government is not responsible. The government should create high-paid employments so that no one wants to migrate or go to work in other countries,” Mr Sros said. 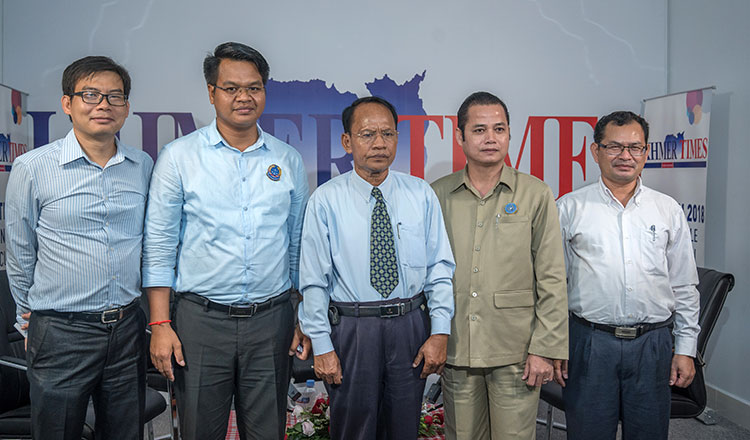 Hing Yoeun, deputy president of the Khmer Will Party, noted that his party is not yet a legitimate challenger to the ruling party, but nonetheless faced pressure.

“KWP is a new-born party, so we cannot compete with the CPP,” he said. “I’m just addressing the current situation of rights to politics because I see youths nowadays are under pressure regarding politics because they are not safe.”

Mr Yoeun added that the country’s judicial system remained biased, noting that the courts were beholden to the ruling CPP.

Prum Piseth, the honorary president of the Khmer Rise Party, said he entered politics because of the absence of the dissolved opposition CNRP.

“We all know that Cambodia has gone through war and power struggles which leads to human rights abuses,” he said. “We have not seen much change for years. That’s why we joined politics and the election. We want people to be able to exercise their rights.”

Reached by phone, CPP spokesman Sok Eysan said the parties at the roundtable criticised the CPP to promote their own platforms.