Today the government will begin to take action against fake news on websites and social media platforms deemed to be undermining national security.

Senior officials from the Ministries of Interior, Telecommunications and Information yesterday revealed that a second joint-directive has been approved to battle the spread of fake news.

Phos Sovann, director-general of the general department of information and broadcasting at the Information Ministry, said that the ministry will begin to take action on websites and social media profiles that publish “fake news”.

“We will start to take measures on Thursday. We have been preparing for a long time, and we have provided ample time for relevant ministries to review,” Mr Sovann said.

He urged all websites to register with the Ministry of Information and added that any website that failed to register is subject to scrutiny. 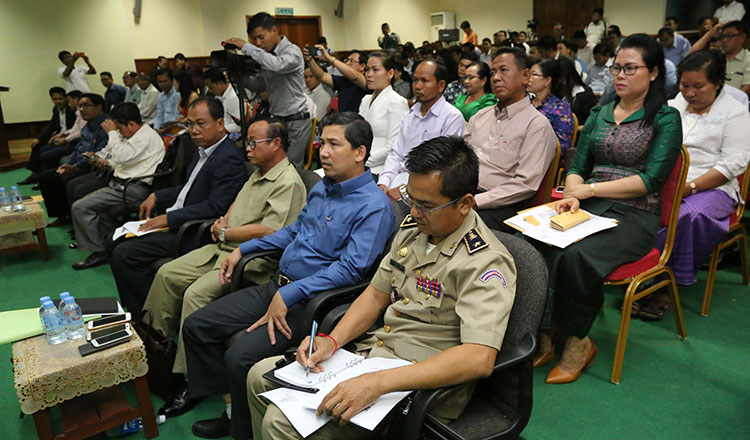 Responding to previous criticisms regarding the suppression of information and free speech through the crackdown, Mr Sovann said that the ministry is joining a global fight against fake news.

“Fake news is not good for a real democracy, we want good news for our people,” Mr Sovann said. “I appeal to all media to respect the principles of the National Election Commission.”

In May, the first inter-ministerial directive signed by Interior Minister Sar Kheng revealed that the Interior Ministry, Information Ministry and the Telecommunications Ministry were aiming to control the flow of information in broadcasts, messages, audio clips, images and videos on websites and social media.

“This directive is intended to block [media] that intend to provoke, [create] chaos, damage national defence and security, and incite discrimination or affect national customs and culture,” the directive said.

The directive ordered the three ministries to assign specialised staffers to monitor, scrutinise and observe media. 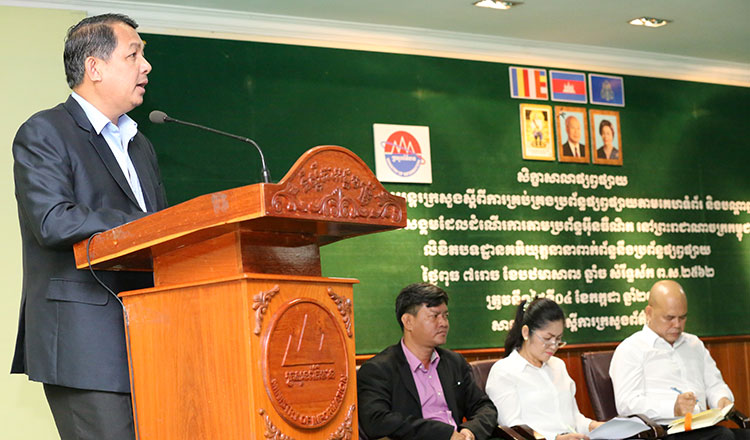 Im Vutha, spokesman for the Telecommunications Regulator of Cambodia, said that the government could only control the flow of information on domain names that end with “kh”.

Mr Vutha said that the government has no jurisdiction over websites that end in “coms” and “orgs”.

He also noted that no Asean country has ever managed to control the flow of information on social media sites such as Facebook.

San Putheary, director of the broadcasting department at the Information Ministry, said that a total of 216 websites have registered.

Mr Putheary said that someone who is found guilty of sharing false information could face imprisonment for up to two years with fines up to $1,000.