Two youths were arrested yesterday in Prey Veng province after allegedly robbing a villager’s house armed with a stick and knife, injuring a mother and her daughter during the ordeal.

High school students Chhun Sakada and Hun Visal, both 18, were accused of stealing $25. Both live in Thkov commune in Kampong Trabek district.

Commune police officer Captain Khuon Ratha said that on Tuesday night, the two entered a house in Ta Muong village to steal property while the house owners were sleeping.

“One of the two pointed a knife at the mother and her daughter and ordered them to tell them where they kept their money and valuables,” he said. “They threatened to kill the victims if they did not show them the place or if they shouted for help from neighbours.”

After the victims told them where they kept the money, the suspect who wielded the stick collected it from the victims’ desk. 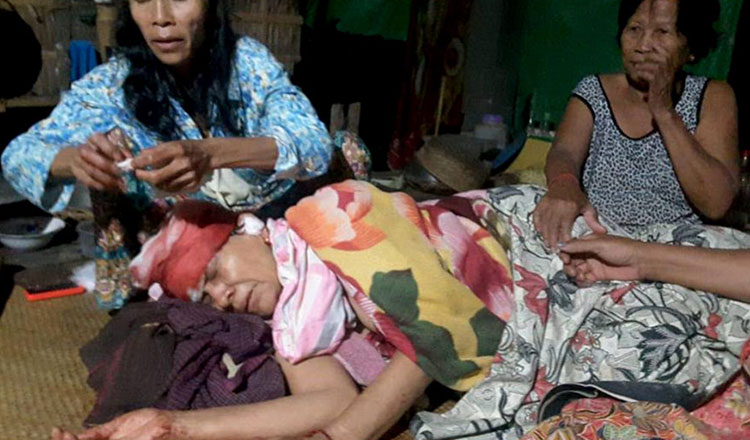 Meanwhile, the mother, Sar Sok, 67, tried to grab the knife from the other suspect. Ouch Chanthou, 18, helped her mother.

The suspect stabbed them, seriously injuring the mother on her head and the daughter on her left hand, said Mr Ratha.

After the suspects left, the victims shouted for help. Neighbours called police, who sent the victims to the provincial referral hospital for treatment. The victims remained there last night.

Police confiscated a knife and the stolen money, which was handed over to the victims.

“The suspects were accused by police of theft with aggravating circumstances. They face up to eight years in prison each if convicted,” Mr Seng said.

Both were being detained at provincial police headquarters and would be sent to Prey Veng Provincial Court for questioning today.

Man charged with theft of artefacts from pagoda