Cambodian Master Chef Luu Meng has prepared a special treat for diners to celebrate in the Year of The Ox which falls on February 12.

An intimate gathering, including some members of the press, met at Yi Sang the Garden Toul Kork Chinese Restaurant to try out the new Chinese New Year dishes, specially curated by Luu Meng and his culinary team.

Attendees were treated to authentic Cantonese dishes with an elegant twist as only Yi Sang can provide. 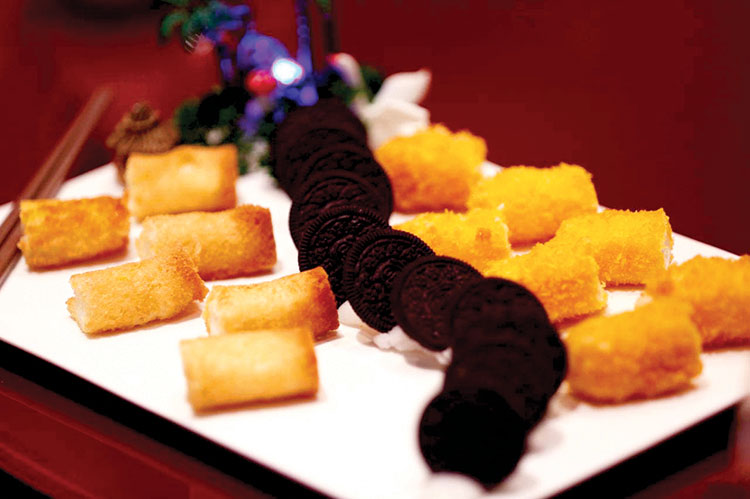 The eight-course meal kicked off with the jovial “Lo Sang” Salmon Prosperity Toss – a salad dish meant not only to bring guests together but also bestow them with good fortune and tidings through the meaning signified by each ingredient.

Produce and protein was treated respectfully and, as always, was locally sourced and organically grown.

Chef Luu Meng, a prodigy forging Cambodia’s culinary scene, not only satisfies the nostalgic palates of those yearning for a taste of home but also elevates dishes by adding a twist that only he can provide. Many expatriates who are not able to go home this Chinese New Year will be able to find a taste of home in the special dishes whipped up by Yi Sang restaurants for the auspicious festivities.

Each plate was meticulously designed to guide diners through the wonderment and rich tradition of Chinese history as only Luu Meng can tell through his craft.

The Crispy Deep-fried Milk for instance featured a playful trail of Oreo biscuits depicting a dragon meandering down an ancient village.

With a penchant for the dramatic, Yi Sang’s menu also featured Fire Flamed Prawns – a bundle of fresh prawns with flames flickering beneath and surrounded by a bed of rice. The symbolism behind the dish was not lost. It touched on the use of fireworks to ward off evil spirits during New Year’s celebrations. 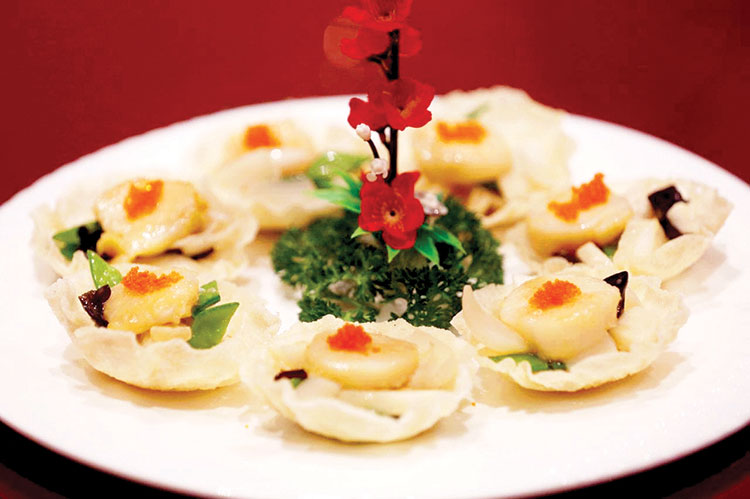 The highlight for many was the Steamed Red Grouper Fillet with Egg White. A beautifully crafted and flavoursome dish served without garnish or pomp, diners were in for a treat with the first bite.

The base of the bowl was layered with steamed egg white laced with a healthy portion of pumpkin sauce and a sumptuous serving of steamed grouper fillet.

The wok-fried scallop with fresh lily served in a cracker leaf resembling the scallop shell, was as impressive in its taste as in its presentation. 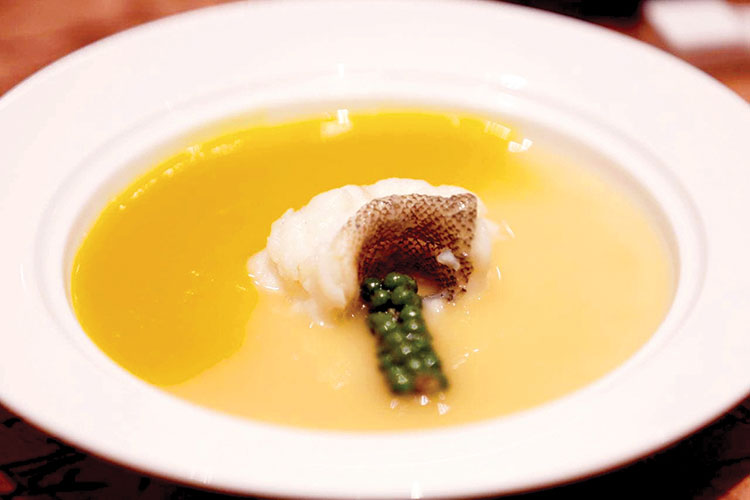 The experience was not only a testament to Luu Meng’s talents as the Kingdom’s authority on various fine dining cuisines but also a reflection on his Chinese heritage and lineage of chefs in his family, including his grandmother who once crafted meals at the royal court.

A special thanks and kudos to the group of men and women who realised Luu Meng’s vision and provided diners with an evening that will not be forgotten.

The special Chinese New Year Menu is available for a limited time until February 28 at both Yi Sang Chinese restaurants on Sothearos Blvd and Toul Kork; highly recommended. 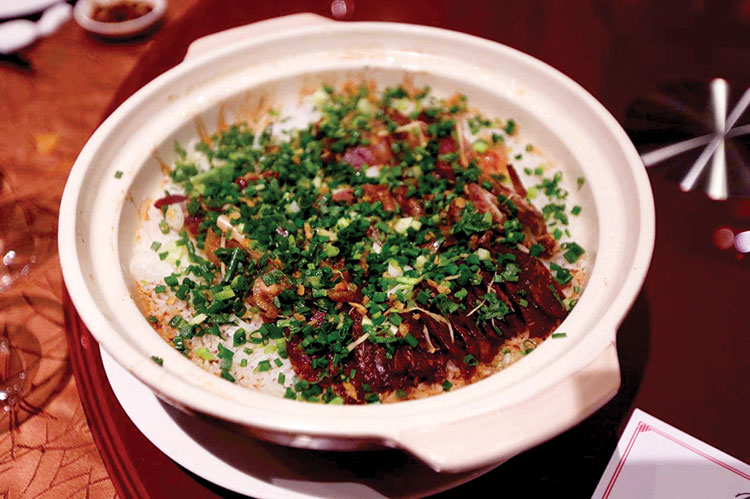