The Philippine Chamber of Commerce in Cambodia (PhilCham Cambodia) was officially launched this week, as Filipino companies and investors seek a greater foothold in the Kingdom.

PhilCham Cambodia is the newest foreign business organisation in Cambodia. Its launching was held last  Thursday at the Raffles Hotel Le Royal in Phnom Penh.

“After months of preparation, PhilCham Cambodia, the newest representative and advocacy body for businesses and professionals- is now ready to serve the business community in Cambodia,” the organisation said in a media release.

First formed in 2016 as a business network, PhilCham Cambodia’s central mission is to promote the Philippines-Cambodia commercial relations and to serve its members as a key resource for information and business networking.

The formation of PhilCham is timely, with more Filipino companies interested in investing in Cambodia. These companies are mostly engaged in property, business consultancy, healthcare, aviation, tourism, education and similar enterprises.

“Cambodia is an emerging market for Philippine goods and services. We expect the number of Philippine companies in Cambodia to grow in the coming years, especially in light of the Asean economic integration,” a high-ranking Filipino official told Khmer Times earlier.

Currently, there are more than 50 Filipino-affiliated companies in the Kingdom. There are also more than 6,000 Filipino expats in Cambodia, many of them occupying high-level positions in the private sector.

The event featured the introduction of PhilCham Cambodia’s founding officers and Board members led by its new president, Benilda Custodio-Fernando.

The occasion also saw the launching of the first-of-its-kind “PhilCham” mobile application.  Developed by Bronx Technology, the app will connect PhilCham to its partners and members via Android and iOS devices.

Penn Sovicheat, undersecretary of state at the Ministry of Commerce, was the guest of honour during the occasion. Sovicheat welcomed the creation of the PhilCham Cambodia and stressed the importance of doing business online.

“The launching of PhilCham Cambodia’s mobile app is timely and relevant given the current global health crisis,” he pointed out.  American Chamber of Commerce President Anthony Galliano also graced the occasion. 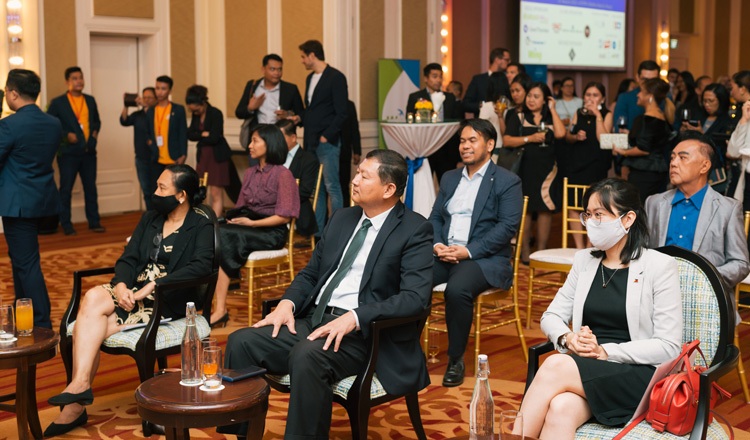 In her opening remarks, Fernando invited everyone to join and build PhilCham Cambodia.

“By becoming a member of PhilCham Cambodia, you benefit from business intelligence from leaders of the Philippine business community, promotion of your firm, networking, access to business and political leaders, social activities and issue advocacy,” she pointed out.

Vice-Consul and Third Secretary of the Philippines Embassy in Cambodia, Frances Louissa Cleofas, said that with PhilCham Cambodia, the Embassy has a partner in tapping the full potential of Philippines-Cambodia commercial/trade and investment relations. “The formal launching of this Chamber embodies infinite possibilities in furthering the economic growth of both countries,” she stressed.