After weeks of intense competition, Miss Universe Cambodia 2020 has crowned Reth Sarita, who will bear the country’s flag and compete for the crown in the world’s most prestigious international beauty pageant this year.

Reth Sarita, a 25-year-old actress and model, has already made a name for herself for her roles in the BBC Media Action’s TV series “Love9” and international films such as “Hex” and “The Spell”, which were released last year in the United States. 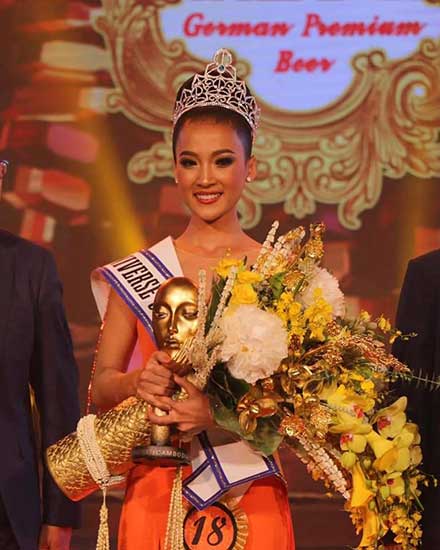 The post-graduate International Relations major at the Royal University of Laws and Economic last night bested 19 other candidates on Bayon TV and will be representing the Kingdom of Cambodia in the 69th Miss Universe pageant on December 8. The crown was presented to her by last year’s winner Somnang Alyna.

Sarita will be the fourth woman to represent Cambodia in the Miss Universe pageant.