On behalf of Prince Holding Plc, Mr. Cliff Koh expressed his heartfelt gratitude to Prime Minister Samdech Hun Sen and Chinese Ambassador Wang Wentian for gracing the event. Within his speech, he also conveyed his best wishes to Prince Manor for its grand opening and expressed his appreciation to the directors of the Group and the staff of Prince Manor Resort for all their hard work. Mr. Cliff Koh shared that he has high hopes for the future development of Prince Manor Resort. It was also mentioned that 80% of Prince Manor Resort’s employees are locals, and despite the pandemic this year, none of the workers were laid off or have their salaries reduced. Prince Real Estate Group will continue to align with the Government’s national objectives to support Cambodia’s economic growth and tourism industry. 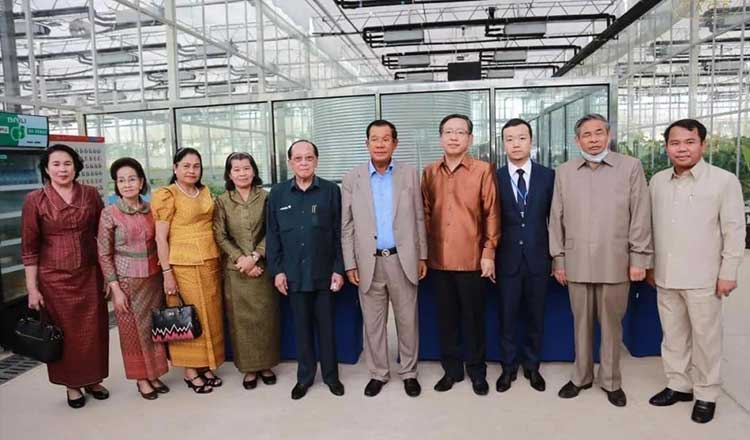 At the ceremony, Prime Minister Samdech Hun Sen extended his heartfelt congratulations on the Resort, saying that Prince Manor Resort would showcase Phnom Penh’s beautiful scenery to all tourists, improve the Phnom Penh city image and stimulate the recovery of Phnom Penh’s tourism industry. Besides, Prime Minister Samdech Hun Sen suggested Prince Holding Group to develop more water-based activities at ports and wharves in the future to attract more tourists. He indicated that the Royal Government of Cambodia would provide more quality and efficient government services to facilitate the business development of competitive enterprises like Prince Real Estate Group. At the end of his speech, he also shared that he looked forward to experiencing a ride on the “Phnom Penh Eye” Ferris Wheel in person.

After the ceremony, all the executives and guests took a tour around Prince Manor Resort. Upon listening to the introduction, the distinguished guests had an in-depth understanding of the unique tropical landscape, the beautiful “Phnom Penh Eye” Ferris Wheel, and the Ecological Agriculture Plantation. The guests were amazed by the rapid development of Phnom Penh in recent years.

Prince Manor Resort is located along the Mekong River in Phnom Penh, the capital of Cambodia. As the first boutique cultural tourism resort invested by Prince Real Estate Group, the resort covers 136,000 square meters of prime land and has a high-level green space allocation, occupying 88% of the land area. The Family Fairy Park, Leisure Holiday Park, Health and Wellness Park, Forest Rhythm Park, and Elite Luxury Park are all popular sections of Prince Manor, which aspires to be the “City Back Carden” of Phnom Penh. On every holiday, Prince Manor is filled with visitors, making it a tourism hotspot. 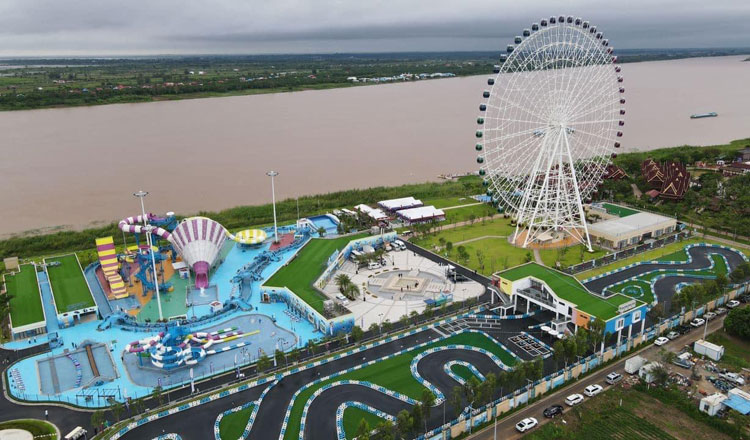 The 88-meter high Ferris Wheel “Phnom Penh Eye” offers tourists a birds-eye view of the whole city, and the 10,000-square-metre Fantasy Water Park brings refreshing coolness in the summer. Go Kart training and racing track certified by the Karting Club, as well as fun Ecological Agriculture Plantation and other projects that integrate entertainment and leisure, provide valuable additions to the ‘City Garden of Phnom Penh’.

The opening of Prince Manor Resort signifies the milestone development in the cultural tourism industry by Prince Real Estate Group, which has been promoting the strategy to diversify developments in the recent 5 years and has accomplished huge achievements in aspects of cultural tourism, clubhouses, hotel chains, supermarkets, media, and industrial park development. All of which have contributed significantly to the life of Cambodian people. As the only integrated recreational resort in Phnom Penh, Prince Manor Resort will bring a world of fantasy to Cambodia and unparalleled travel experience to tourists from all over the world with its well-designed landscapes and advanced recreational facilities.