According to the Report, as of 2018, Japan, the United States, South Korea, Switzerland, Germany, the Netherlands, Finland, China, Sweden and Denmark were ranked the top 10 countries in global intellectual property development.

All of this reflects China’s increasing-ly stable position as a significant intellectual property country.

Growth rate accelerated significantly As introduced by Han Xiucheng, Director of the Intellectual Property Development Research Center, the national intellectual property develop-ment index takes 2010 as the base year, and sets the comprehensive, creation, utilization, protection and environmental development indexes of 2010 as 100 to calculate national data from 2010 to 2019.

The journalist noticed that these indicators will be adjusted and updated every year to make it more accurate.

Among them, “the proportion of the added value of patent-intensive industries in GDP” is a new indicator added this year.

This March, the State Intellectual Property Office and the National Bureau of Statistics jointly announced that the added value of China’s patent-intensive industries in 2018 was 10,709 billion yuan, accounting for 11.6% of GDP.

The calculation of the new indexes shows that since 2010, the comprehensive development index of intellectual property in China has achieved a sustained growth trend, and it continued to rise steadily in 2019, reaching 279. 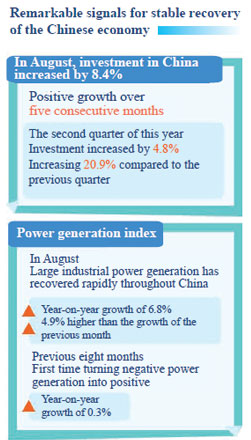 The journalist also noticed that if we take 2013 as the cut-off point, the progress in the field of intellectual property in China is more remarkable in recent years.

Before 2013, the average annual growth rate of China’s intellectual property compre-hensive development index was 5.4%, and after 2013, it reached 15.0%.

Behind the rapid growth of the index are the remarkable achievements made in corresponding areas of intellectual property creation.

In 2019, the average duration of domestic invention patents in China is 6.6 years, an increase of one year compared with 2010, which reflects the steady improvement of the quality of Chinese patents under the economic leverage of the patent payment system.

Continuous improvements in quality Since 2010, China’s intellectual property utilization index has shown a steady growth trend, with an average annual growth rate of 9.9%. 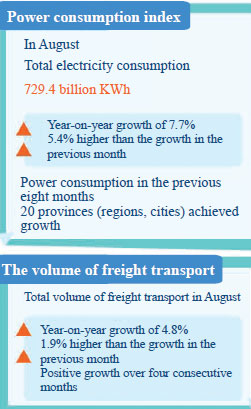 The efficiency of using intellectual property rights, which has effectively promoted economic and social development, has become increasingly prominent.

The ability of market entities to employ intellectual property rights has gradually improved.

In recent years, the construction of China’s judicial protection system has been strengthened in an all-round way, the number of trial cases has doubled, and the quality and efficiency of trials have also been greatly improved. 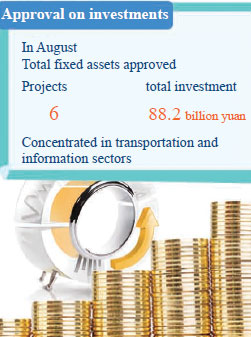 In addition, all relevant departments and regions have jointly carried out key special work, which has effectively curbed the spread of illegal acts such as infringement, counterfeiting and piracy.

At the same time, the legal system of intellectual property protection is more robust.

In 2019, China completed the revision of the trademark law and issued and implemented the Opinions on Strengthening the Protection of Intellectual Proper-ty Rights.

The effectiveness of China’s intellectual property protection has been generally recognized by the public.

Quality and efficiency still need to be improved

With the vigorous development of intellectual property rights in China, there are also obvious deficiencies.

“Examples include the patent maintenance years reflecting the quality of patents, the number of PCT international patent applications, and the number of applications for international trademark registration in Madrid that reflect the overseas distribution of intellectual property rights,” said Han Xiucheng, who believed that the professionalism of China’s intellectual property needs to be further improved.

Celebrate the harvest in China—Various festive activities held throughout China

Site of Liangzhu Ancient City in Hangzhou, Zhejiang Province | On the eye-catching position of world civilization