Over the past three years since the implementation of China-Cambodia Poverty Reduction Cooperation Pilot Project, we have always insisted on applying policies according to local people and local condition, and we have also targeted at the causes of poverty to suit our methods to the situation. Therefore, in the two project villages, the production and living conditions have been significantly improved, the development potential has been remarkably enhanced, and people’s happiness index has grown much higher. In particular, the project has been highly appreciated by Cambodian officials and widely recognized by the people of the project villages.

The project has constructed a community activity centre for the local community as a complex public service platform of office work, collective activities, trainings and visit receptions, which serves the villagers in one-stop with convenience and high efficiency. 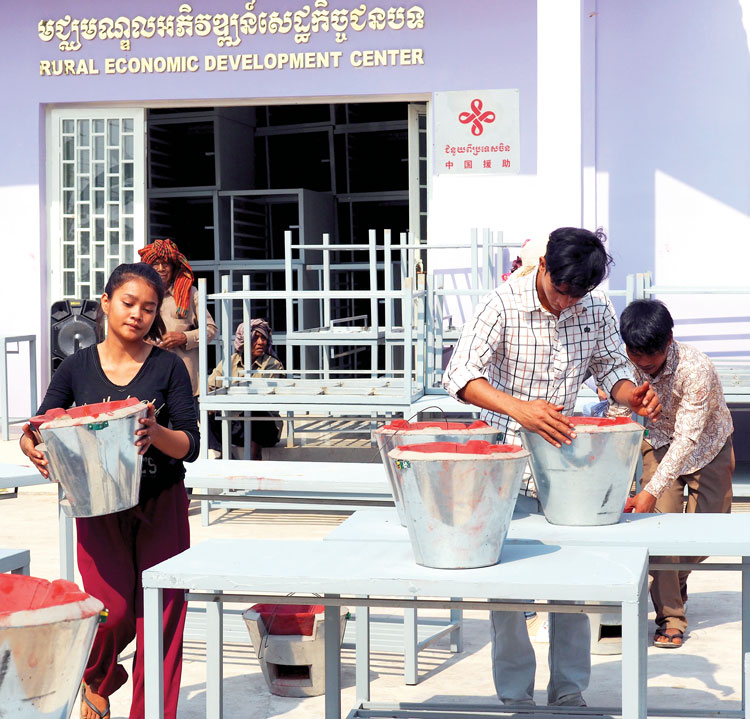 The completion of the drinking water project has completely solved the long-standing problem of drinking water for nearly 4,000 people in the project villages. By means of “create large influence through small actions”, our project has aided 200 rural households to develop home-gardening, aided 80 rural households to plant millet peppers, aided 28 to plant mushrooms, and 40 to raise cattle, which has further broadened the income generating channels. Meanwhile, by establishing two poverty alleviation workshops — detergent manufacturing plants — the project has helped the two villages to set up a long-term, stable and sustainable village-run enterprise, providing convenient nearby employments for surplus laborers, poor households, left-behind women and the disabled in the project villages.

And the living environment and life quality have been greatly improved by the project through the implementation of its component activities such as the electricity access for 82 households, the toilet building for 132 poor households, the house reconstruction for 71 poor households, the house renovation for 190 households, and the distribution of firewood-saving stoves for 500 households. The project not only gives people fish to obtain material assistance to meet their urgent needs, but also teaches them how to fish, to gain agricultural techniques and occupational skills that can enhance their ability to get rid of poverty and become better-off. It has combined “bringing in” with “going out” strategy, where we have introduced experience and knowledge to the villagers through 3 sessions of occupational training for 120 villagers and 6 sessions of agricultural technique training for 193 villagers, and we have taken 85 villagers out to broaden their horizons through 3 industry visits to other villages.

Higher officials in Cambodia have participated in project activities for several times and highly praised China’s achievements in poverty reduction. 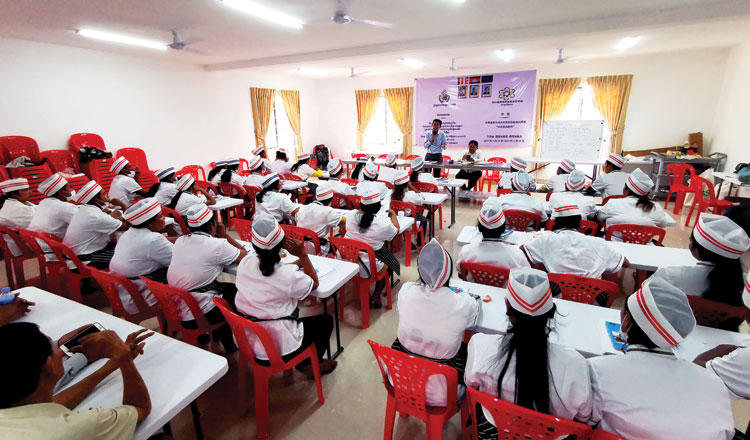 They  appreciated this China-aided poverty reduction project very much and  requested China for extended and up-swcaled aid in the field of poverty reduction. As the villagers in our project villages have benefited from this project truly and genuinely, both local officials and people have performed more and more active during the project  implementation. Witnessing the cheering changes happening in the local community after the project, they have been holding a sense of gratitude towards Chinese and Chinese government, thus, the Department of Rural Economic Development, the commune government and the villagers have successively written 4 letters of thanks to Chinese government for its help and support.

Site of Liangzhu Ancient City in Hangzhou, Zhejiang Province | On the eye-catching position of world civilization